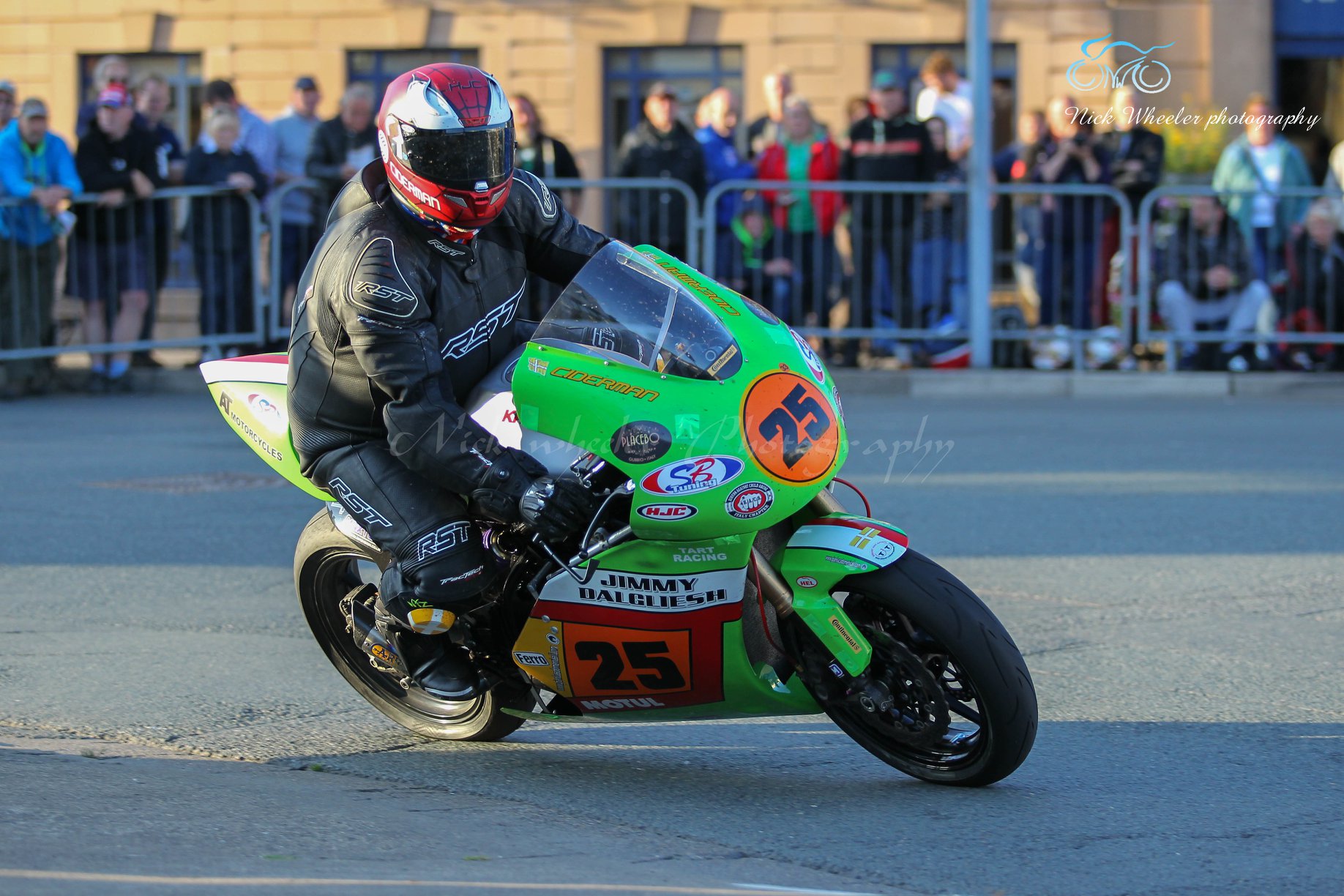 Third within the 2011 Newcomers B MGP, twice a top 25 finisher at the Classic TT Races, three times a top 30 TT finisher, Wayne ‘Ciderman’ Axon is next to take part in Road Racing News rising in popularity, Manx GP Top 6 series.

18th, 19th in last August’s Lightweight MGP races, his answers to the Mountain Course themed set of questions are as follows:

“Having been going to the Isle of Man for many years as a spectator and marshal I could only dream of riding the course on closed roads. The first lap was mind blowing and it took me until Handleys to realise that I was living my dream.”

“The Suzuki SV 650 which I competed on in the first ever (Manx GP) race. I bought it as a road bike, removed the lights and turned it in to my race bike. I led for two laps and finished 3rd. The bike is now back to road trim and still in my shed.”

“Standing on the podium in my first ever race there and coming home with two reps and finishing best newcomer in the Super Twin race.”

“Dave MM (Madsen Mygdal) is an absolute legend. After all the year’s he’s raced there he still has the drive and passion to keep racing and still have time for the odd gin and tonic.” 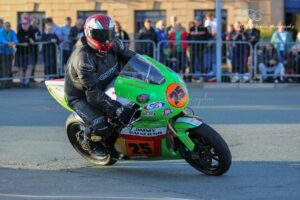 “The Britten v1000. I had the pleasure of meeting Jon and the crew when they came to the TT for the first time and was blown away by looks, performance, and colour of the bike and Jon was such a lovely bloke. He and the bike are icons of the motorcycle world.”