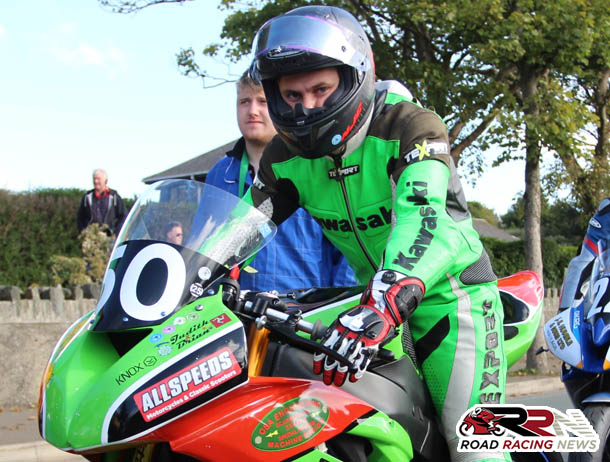 Third within the 2014 Newcomers B MGP, a triple race winner at Oliver’s Mount, Scarborough’s Nick Anderson is next to take part in Road Racing News rising in popularity, Manx GP Top 6 series.

A top 10, top 20 finisher at the Classic TT, TT Races, his answers to the Mountain Course themed set of questions are as follows:

“On my first speed controlled lap I broke down at Quarterbridge because the front brake locked up which was disappointing, as I was in a group of 650 twins from the Newcomers B class that I was due to race against.

On my second speed controlled lap I was grouped with 3 600s that just disappeared and left me on my own. I remember exiting Ballagarey corner, heading to Crosby tucked in just thinking this is crazy and how have I ended up here.”

“Probably Roger Middleton’s ZXR 400 (Kawasaki). I led the race (Lightweight) in my 2nd year (competing at the Manx GP) at the end of the first lap.

At the end of lap 3 I think there was less than 2 seconds between me and Mark Purslow who won the race but the engine blew at Snugborough on the 4th lap.”

But then the frustration to be so close to a 120 mph lap that I ticked off at the TT the following year.” 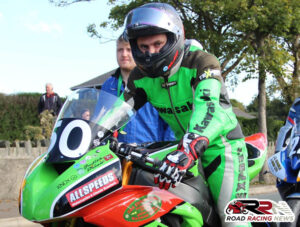 “No not one in particular, there’s lots of riders I look up to for different reasons.”