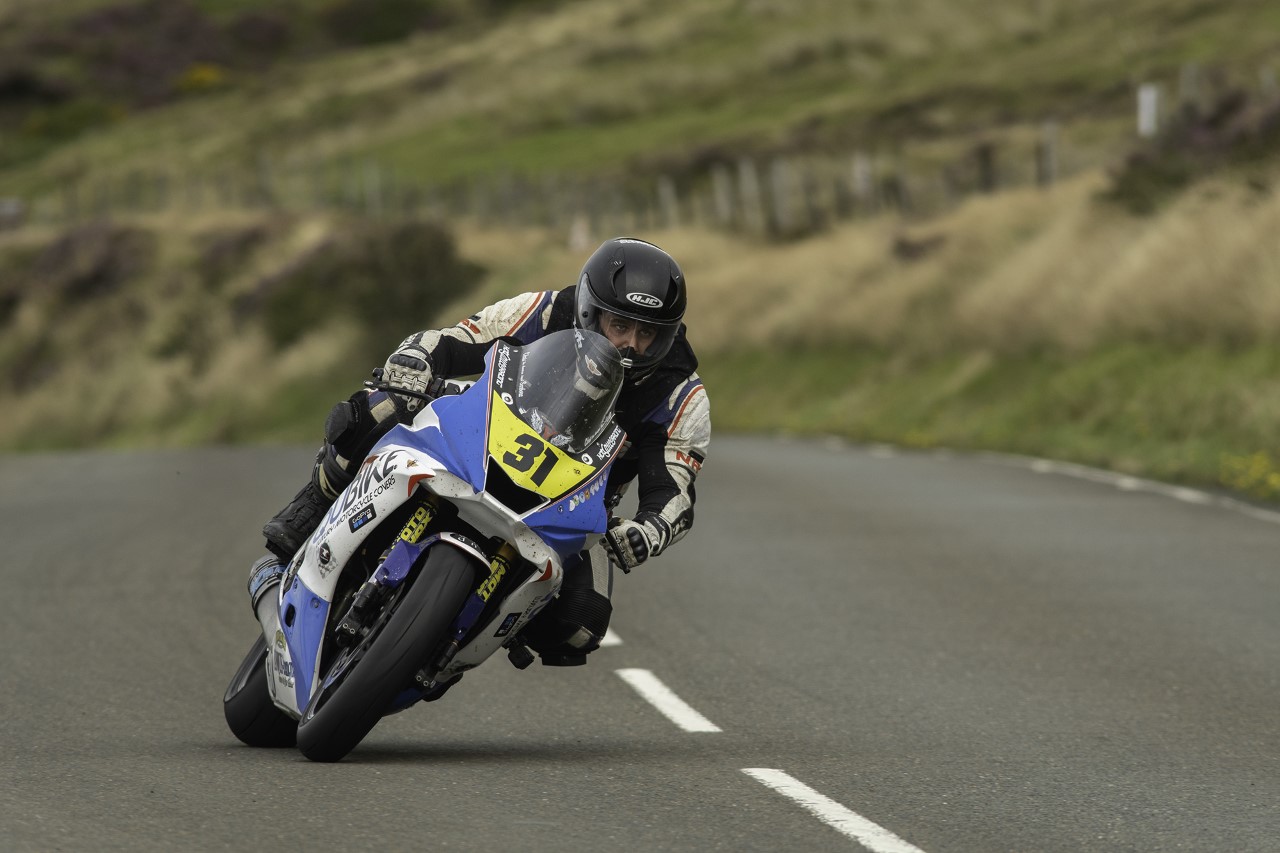 “The very first lap I did of the Mountain Course was in 2011 and I remember coming back in and being somewhat astounded to realise that I hadn’t actually seen one single wall.

I remember being so concentrated on looking where I should be going and making sure that I knew where I was on the course and so tunnel-vision’ed with the speed, that I didn’t actually notice a single thing along the periphery.

It wasn’t until later in the week, when I was a bit more comfortable, that I started to realise just how insane of a task I had signed myself up for.”

“I’ve raced the Manx three times and each time I’ve ridden an 08 generation R6 (Yamaha), so I guess that’s my most memorable bike ha ha!

Probably the most memorable livery we’ve run was my 2011 bike: Black and green, decorated with the names of all the people who had helped me throughout my career and gotten me to where I was on the Isle of Man.”

“Breaking the twenty-minute barrier was a big one for me, which actually only just happened a couple years ago in 2018.

That seems slow compared to the times we’re doing around the course now, but for me it was a big one as I hadn’t achieved it in 2011 or even in 2012 at the TT.

It was one of those thorn-in-your-side things were I knew I was capable but had yet to do it, so getting that monkey off my back was a big relief and confidence boost.” 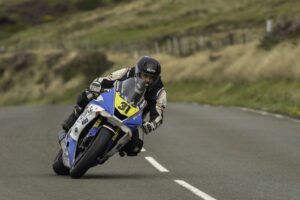 “There are a ton that I look up to, people who’ve been doing the Manx forever, people who’ve come in and gone immediately onward to the TT, you name it.

The one name that probably sticks out the most for me, however, is Kevin Murphy, or ‘Irish Ago’ as he’s known.

Ago has made a point to nurture and mentor up-and-coming riders each year for as long as I’ve known him and he’s always pivotal to their inevitable success at the event. I think that really epitomises the spirit of the Manx Grand Prix.

“Relaxed. The Manx is great in that it’s a big, real-deal, will-bite-you-if-you’re-not-careful world-level motorcycle race, but at its heart it’s really just a big giant down-to-earth we’re-here-for-a-good-time Festival of Motorcycling.

The only pressure at the Manx Grand Prix is whatever pressure you put on yourself: Nobody’s got million-pound sponsors, nobody’s riding to make or break their careers and nobody’s sitting you down saying you have to beat so-and-so by this many places in order to keep the lead in some championship. It’s just you, the bike, and the course, and everybody’s there to have fun.”

“Any machine from any series? This is a tough one. The obvious answer would be some Moto GP bike full of factory magic and unobtainium parts and that would certainly be cool. But actually I’m gonna go with BJ Baldwin’s #97 Trophy Truck.

If you’re not familiar with Trophy Truck racing, they’re the monsters that race on the dunes in Baja. They’ve got 800 + BHP, forty-inch tires and three feet of suspension travel.

It wouldn’t be the fastest thing around the course but oh God would it be fun on the long straights and over the jumps.

And who knows, on a bike it’s generally considered a ‘bad idea’ to go off-course on the Mountain but in a trophy truck I might be able to save some time!”