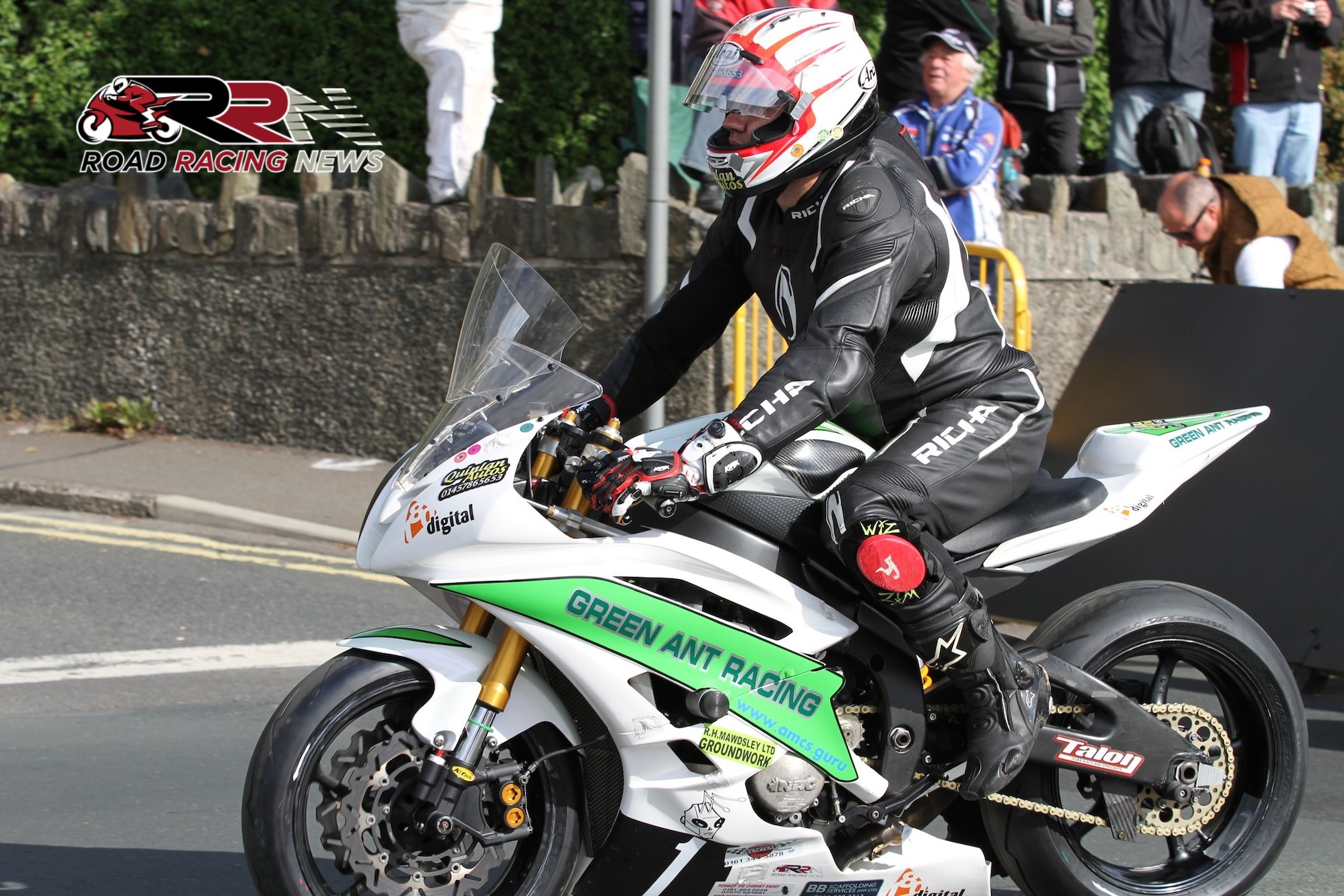 Holder six years ago of the number 1 plate for the Junior, Senior MGP races, Ballaugh based Anthony Redmond is the next racer to take part in Road Racing News, rising in popularity Manx GP Top 6 series.

Five times a top ten finisher at the Manx GP, his answers to the Mountain Course themed set of questions are as follows:

“It felt like I had been waiting all my life to race around the Mountain Course. I had done so many laps on my road bikes (pretending to be a racer) but actually going out behind Chris Palmer in 2007 on the newcomers lap was fantastic.

Shortly after we were let loose on our own and when I came in I had tears in my eyes with so much joy (I blamed it on the wind), everything I had dreamed about came true.”

“I have had some great fun rides around the mountain during the Manx GP and all the bikes are memorable for different reasons but the little black FZR400 (Yamaha) we had cost a £1000 pounds, deal sorted out by Lee and Rob Vernon.

We didn’t touch the motor apart from changing the oil and managed to lap at 104 mph despite only having 62 BHP.”

“The most treasured memory from the Manx was starting off with the number 1 plate in 2014. Even just in practice was so magical to have it, I was two inches taller for the full fortnight (bikes and engines had problems for the full event but I can forget that bit).

Not that many people in total have been the ‘Road Sweeper’ (first man away) around the mountain but I am one of them.” 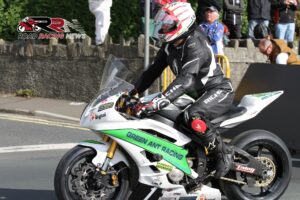 “There are lots of MGP competitors I look up to and not all of them have the fastest lap times but anyone who follows through with their dream to race around the mountain, gets my respect as it isn’t easy to do it.”

“I would love to race a proper sorted classic Superbike with flat handle bars and no fairings.”