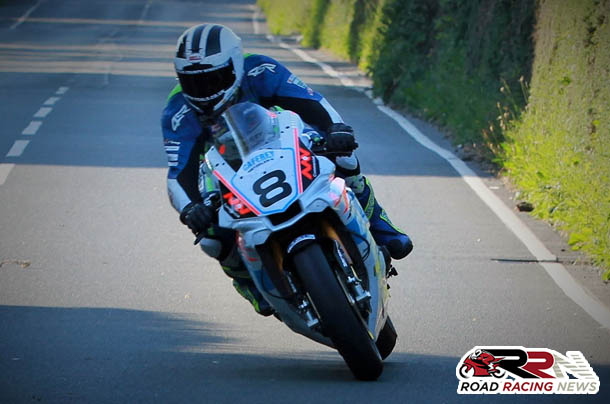 Piloting his own teams YZF R1M Yamaha, William lapped at 1 minute 14.117 seconds to edge out nearest pursuers Michael Sweeney and Derek Sheils, for the top spot in qualifying.

Starting sixth on the grid tomorrow will be Seamus Elliott, who showed highly accomplished pace on his ZX10R Kawasaki mount.

Rising star Paul Jordan was next up in seventh followed by Michal Dokoupil, who recently enjoyed an excellent TT 2016 campaign, wrapping up series of top class results.

Seasoned competitor John Walsh and Dean Campbell one of the most improved riders on the roads this year in my opinion, finalised the top ten qualifiers.

Securing pole position for the feature supersport race at Kells was Derek McGee, who showed once again today, why he is considered amongst the leading supersport 600 exponents on the roads.

Top six in qualifying was concluded by Melissa Kennedy and Sam Dunlop.

Brian Coomey was next up on the time sheets followed by Tommy Henry, whilst seventh quickest Darren Cooper a newcomer stated that he’s already a fan of the popular Kells circuit.