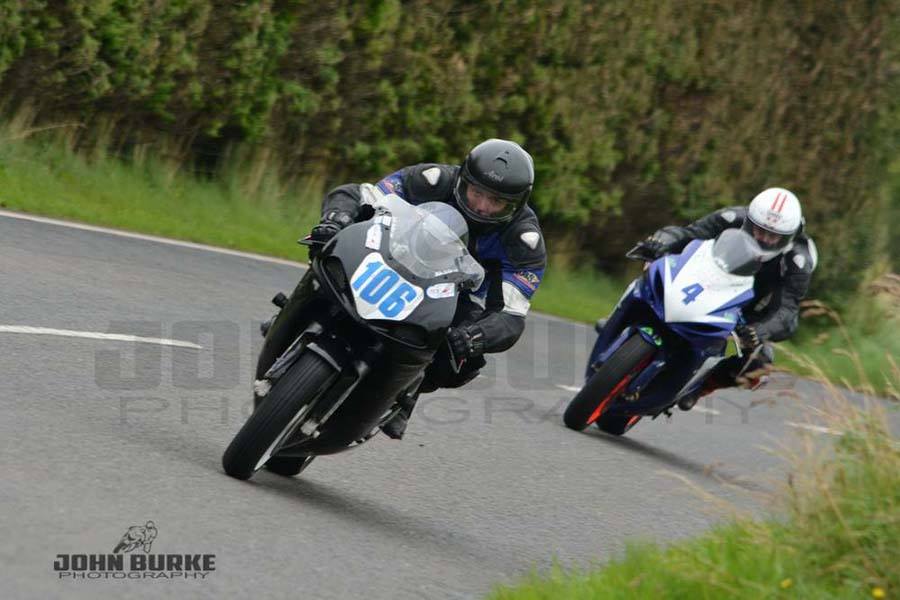 Billy Mellor, works and breathes motorcycles! born in Cheshire, but now a Manx resident, his desire to compete on the Irish road scene and Manx GP are dreams he has longed for over the years.

But, with recent rules implemented by the Governing body, Mellor is baffled at how this is helping the sport.

Here is what the disgruntled rider has to say;

“Well I’ve just turned 44 and been club racing for 4 years, going from a novice to national license short circuits to roads. I decided it was time to park my road bike up and stop racing round on public roads after receiving some serious injuries myself, losing good friends and also my license on many occasions it just wasn’t the same enjoyment.

I’ve been interested in bikes and racing as far back as I can remember some fond memories from childhood was going to the TT each year with my Dad from then on I was hooked on bikes and it was always in my mind to race.

I just never got round to starting till a few years ago as life doesn’t always go the way you want it to!”

Billy is originally from Cheshire but moved to the Isle of Man 5 years ago on his own for a fresh start. He went for the TT and started living in a self built campervan till he got on his feet, with the help of a few good friends things started to come together and he now lives at the the most northerly part of the island, the Point of Ayre lighthouse! and, it is there, that he builds his bikes in a little cottage on the beach!

Mellor is a mechanical engineer most of the time but takes whatever work he can, so to put a wage in the bank each week and pay the bills.

So how did it all start ?

“Originally I bought a K1 GSXR600 and started club racing doing as many meetings as possible to gain the signatures I needed for upgrades at places like Anglesey, Oulton Park, Cadwell Park etc. I then turned my K2GSXR 1000 road bike into a race bike and raced that along side the 600 for more track time and done well competing in the class against newer machines. 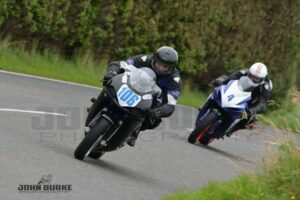 I got my national road race license about 18 months ago allowing me to compete on closed roads since then I have been to Scarborough, Southern 100 and Dundrod riding the GSXR 600 and R1, I wanted to do the the Manx Grand Prix, but unfortunately unable to secure an updated and suitable bike in time, so I had to withdraw my MGP entry last year, which was a big disappointment.

So this year I’ve set out putting everything I have into achieving my goals and concentrating on the roads, as I have no sponsorship or help I work every hour I can to raise funds and prepare the bikes myself.

I’ve just managed to buy a Later model r6 to replace the old GSXR and run alongside theR1 making me more competitive and hopefully get some better results. I’ve been on 18/20 hour days solid for the last month working by day to fund the beginning of the season and rebuilding the r6 at night which left me tight on time. I headed off to my first race of the year at Cadwell Park, but I was so drained, mentally and physically, I never made it to Cadwell that weekend.

“I’ve come across to the UK working, just to fund the racing, my intention was get a couple of meetings in here for much needed signature and track time and get across to Ireland for the first two road races, as I can’t afford travelling to and from the Isle of Man between each race!

Tandragee and KDM Hire Cookstown will be nearly a two week stay for me, and I was originally accepted for 3 main races running, the 600 and 1000, but as you know the new ruling, only permits me one senior support race at each meeting .

I DON’T need to tell you what a disappointment this has been! the time the effort and the money us privateers put in to be able to compete in road racing is beyond most people’s imagination I can’t believe that they are actually pushing riders AWAY from the sport and the clubs, instead of encouraging riders and newcomers to travel across and compete.

It’s not just myself but many others who have suffered from this and a lot who won’t be going now !Like others, I had my Boats booked and Paid for!! I just can’t understand their thinking ,I have been able to ride both my 600 and 1000 in other road races as I have already been graded by the ACU as I went from license to license, until I was eligible to go from short circuit to road!

As far as I’m aware the ACU don’t treat riders going across to the UK any different, I like many others set out to compete in UK and Irish roads, putting in everything I had to achieve this, unfortunately, I need to get the signatures to secure my Manx Grand Prix entry this year.

The way it stands now, it is totally unjustifiable coming for only one race each meeting its a sorry state of affairs for both the clubs and riders.

This has given me an unwanted burden, of sourcing another machine, just to make the journey worthwhile! ,I have now had to find another bike to be able to compete in another class as I am unable to run my R1 This is just to give me more track time etc.

Thankfully, after a lot of searching and begging, I have been fortunate enough to have a VFR400 sorted to ride, thus giving me Junior Support and 400 races! and also, that’s more late night on the agenda prepping it.

Realistically, I had two choices, Stay at Home, and miss out on two much talked about events I want to do, or source another bike, more late nights etc, and this just for the love of racing motorcycles, and the desire to compete on the worlds greatest road race circuit!

It was that or not come! It should be interesting as I’ve never ridden a small bike even the 600 is tame compared with riding a 1000 for 14 years!” laughs Billy, as he headed off to get back to working on his bikes, Just for the Love of racing!!