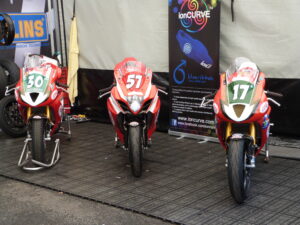 JHS racing are a team with a good record at both the Isle of Man TT and Manx Grand prix expect in 2014 more top results from a team that produces great Suzuki super twin bikes.