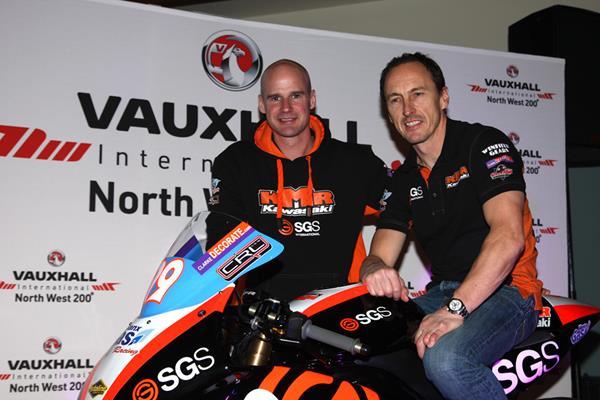 Two time North West 200 winner Jeremy McWilliams is aiming to make it a hat trick of victories this year, around the Triangle.

Opening super twins encounter would see him embroiled in a duel with his KMR Kawasaki team mate and team manager, Ryan Farquhar.

He would go onto to finish in second place, having briefly gone into race lead on the final lap, before dropping back to second.

Second super twins race of the meeting, would prove another momentous moment in Jeremy’s illustrious career, as he secured his second North West 200 victory, following another great duel with Ryan Farquhar. 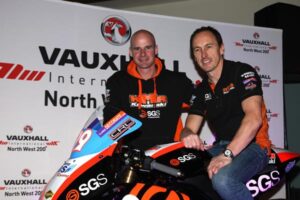 Jeremy is all set to compete again for Ryan’s KMR Kawasaki outfit, in the super twin races, at the 2016 Vauxhall International North West 200.

Commenting on his return to the Giant Causeway based meet, Jeremy said:

“No race meeting comes close to the North West for atmosphere and I have enjoyed it so much. Everything is sorted with Ryan and we are ready to go again.

Ryan and I have become good friends off the track but come the weekend, when you are racing with your friend, everything is different.

Ryan puts everything into preparing the bikes and they were dead even last year. That is why it was a race to remember.

The first time I will ride the race bike will be in Tuesday practice at the North West but I will be hoping that it still feels like my bike and I am able to get up to speed quickly.

You don’t go to the North West just to make up the numbers. I am hoping to add to the tally of win because nothing comes close to the feeling of winning a North West. I want to get back up on that podium and feel some more of those highs!”