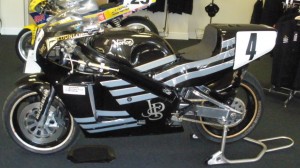 The 2015 classic TT races theme is based around Norton. The iconic motorcycle manufacturer is always recognised as one of the all time great names on the mountain course.

1992 TT would prove to be one of the most memorable in history most notably for the outstanding battle for victory in senior TT between Steve Hislop and Carl Fogarty.

Following one of the greatest races in TT history Steve Hislop secured Norton’s first blue riband TT victory for many years. In the same race Robert Dunlop also Norton mounted was third, it was a race that will never ever be forgotten.

In 2009 after a long time away from competition on the mountain course Norton returned running Michael Dunlop. Although reliability issues stopped Michael from competing in superbike and senior races it was still great to see the iconic motorcycle manufacturer back in TT competition. 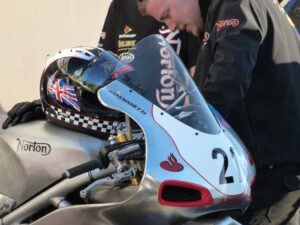 After a three year absence they returned in 2012 with Ian Mackman but it would be the following year when good progress was made as Mackers competing on the SG2 Norton clinched hugely creditable 18th place in superbike TT.

24th position followed in senior TT for the 2011 TT privateers champion whilst team mate Dan Hegarty was highly respectable 35th, in all TT 2013 was a success for Norton who where hugely optimistic that they could be in the mix for top results at next years Isle of Man TT. 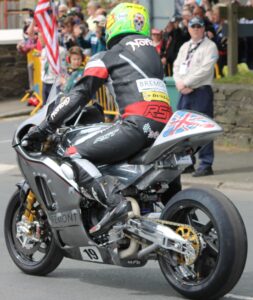 Competing for the team at TT 2014 was two time winner on the mountain course Cameron Donald. Although Cameron failed to finish both superbike and senior races lap speed of over 124 mph was still the fastest lap speed ever set by a Norton mounted rider on the most famous road racing circuit in the world.

Norton fans across the world will be hugely excited about the 2015 classic TT races which is set to show why the iconic manufacturer is considered by many one of the most highly recognised names in Isle of Man TT history. 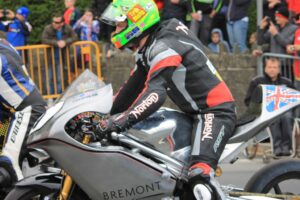