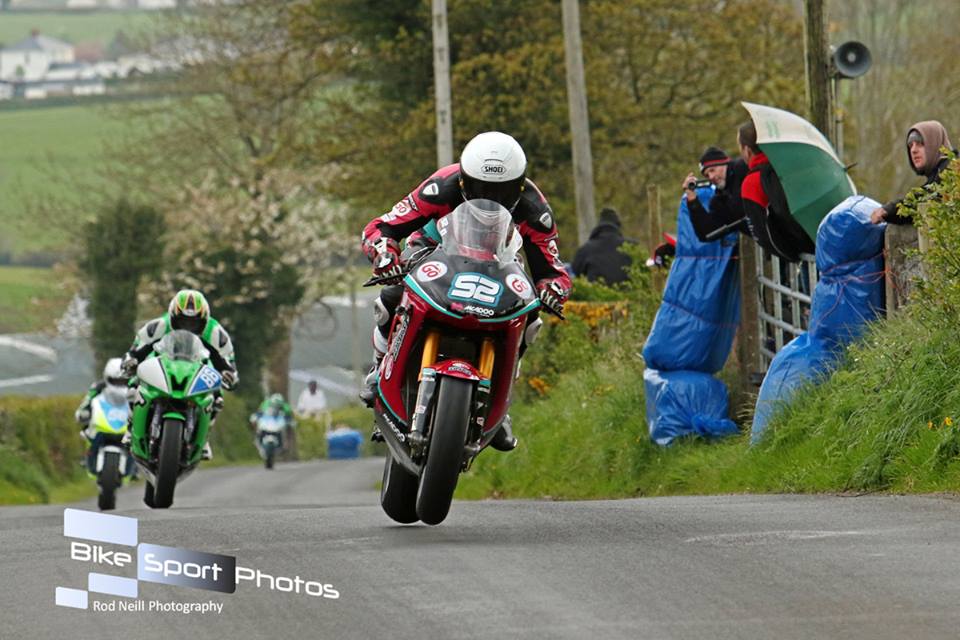 Having began race day at Cookstown, via an incident in the Open race, McAdoo Kawasaki’s James Cowton turned his fortunes round, during the rest of the KDM Hire Cookstown 100, via top class results in abundance.

Next up was the Super Twins (A) race, which would see James underline his status as a 650 specialist, with one of his best performances to date, in my opinion within the roads scene. 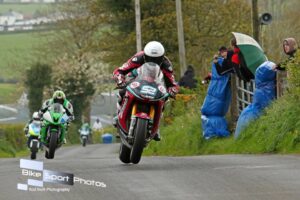 Sealing race victory, by over half a second over nearest pursuer Derek McGee, it was the Kilham based rider’s first success around the famous Orritor Circuit.

The McAdoo Kawasaki team, where over the moon with his race win, which was Winston McAdoo/Jason McAdoo’s outfits first win at Cookstown since 2015.

It’s great to see the iconic purple, turquoise blue livery of McAdoo Racing, returning to the roads this season.

Next outing on the horizon for the multi international road race winning outfit, is the prestigious Vauxhall International North West 200.

A twice podium finisher around the Triangle, James Cowton has the proven pace, backing and most of all determination to enjoy an immensely productive week of competition on the coast roads, with the McAdoo machines.