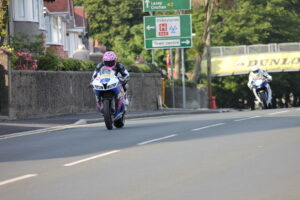 East Coast racing rider Lee lapped at 123.803 mph to finish quickest in front of Smiths Triumph’s of Gary Johnson and Michael Rutter. Gary lapped at 123.576 whilst Michael lapped at a similar lap speed of 123.402 mph.

William Dunlop gained his first laps at TT 2014 on Tyco Suzuki by TAS supersport bike finishing fourth quickest with lap speed of 123.063 mph, William will start both supersport TT races as one of the favourites for victory.