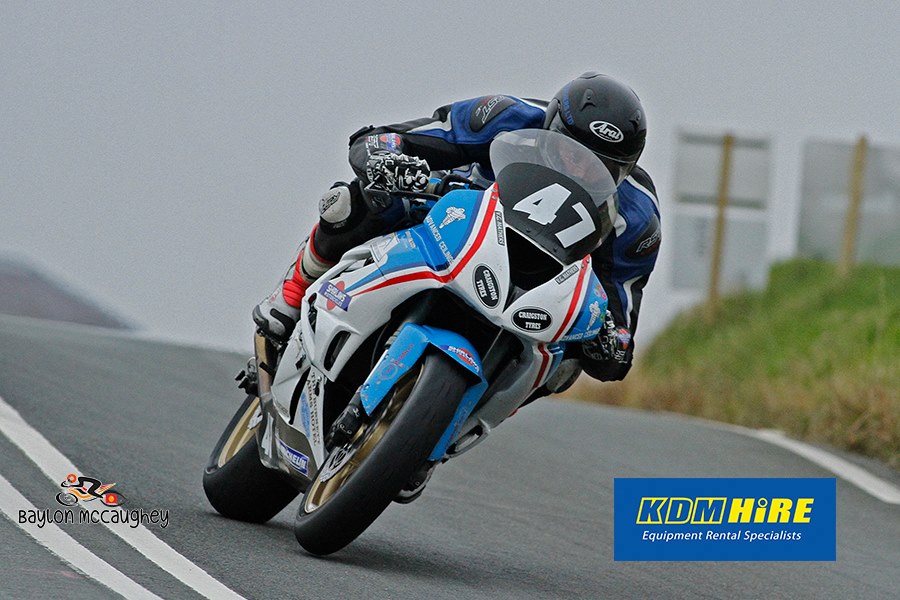 Back in 2016, an unknown Scottish rider arrived for his first road race at a rather wet Mid Antrim. The offshore worker from Kenmay in Aberdeenshire,then went out in the junior support race and totally dominated the race!, his name, Marc Ironside!.

Later in the year, Marc took in the Manx Grand Prix newcomers race, where he took an excellent second spot and for good measure set the fastest lap of the race!

Back home in Scotland, Marc, campaigning the Shirlaws machinery, was the recipient of the Michelin Rookie of the year award in 2014.

Work restraints have prevented Marc from competing in more events, but last year, he managed to squeeze in Armoy, where he finished second in the Junior Support rce behind Joe Loughlin, and was 4th in the Senior Support class along with a 6th spot in the Super Twin race.

Attentions then turned back to the Isle of Man, where Ironside took 12th place in the Junior Manx Grand Prix. 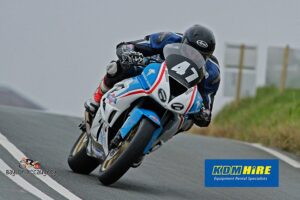 For the 2018 season, Marc Ironside will begin his season at the KDM Hire Cookstown 100. Speaking about his upcoming Cookstown debut, he stated:

“As with all the Irish Road Races, I’ve only heard good things, and I’m sure Cookstown will be no different.

I’m really looking forward to coming to Cookstown, I will be contesting the Supersport 600 and open races on my Shirlaws ZX6R Kawasaki.

Big Shout to my race Sponsors for 2018, without their help, I wouldnt be heading to Cookstown or anywhere else!! Thanks Guys! Shirlaws Motor Cycles, Burnett Arms Hotel, V G Mathers, Craigstone Tyres.”