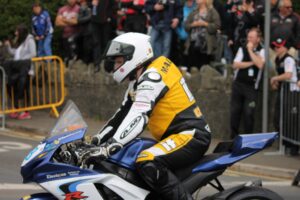 Ian Mackman has announced his retirement from competition at the Isle of Man TT. Ian made his TT debut in 2007 and since then has enjoyed an excellent eight years race action on the most famous road racing circuit in the world.

Mackers achieved this on Clwyd heating ltd 675 Daytona Triumph which was the best finish by a Triumph mounted rider in the 2010’s till Gary Johnson’s Monster energy supersport race 1 victory on Smiths Triumph at TT 2014.

Ian became a factory Norton rider at TT 2012 as the iconic marque made their return to the action on the mountain course for first time since 2009. 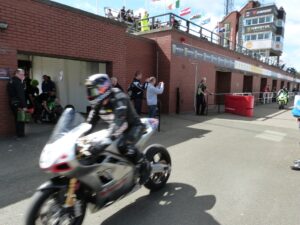 Despite not having the chance to compete in Pokerstars senior TT due to inclement weather conditions it was still a positive TT for Norton and Ian who where confident of securing highly creditable results at TT 2013.

This ambition was fulfilled following 18th position in Dainese superbike TT and then respectable 24th place finish in senior TT. For TT 2014 Ian was GSX-R 1000 Suzuki mounted for superbike, superstock and senior races which saw 24th, 23rd and 15th place finishes as he proved once again why he is considered a specialist on the mountain course. 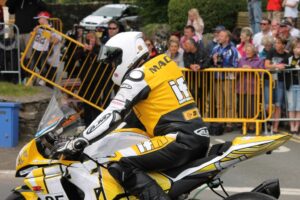 Supersport races saw the 2011 TT privateers champion record 34th and 22nd place finishes plus at TT 2014 Ian lapped for the first time in the 125 mph bracket an ambition he has been aiming to achieve throughout his TT career.

For the rider who has competed for Norton racing, Infront motorcycles team, Bill Smith motors team and PRF racing its been a highly prodigious career. He has achieved many a goal which he has aimed for in his eight years competition at the worlds greatest road race. 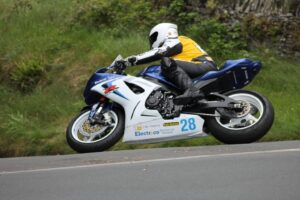