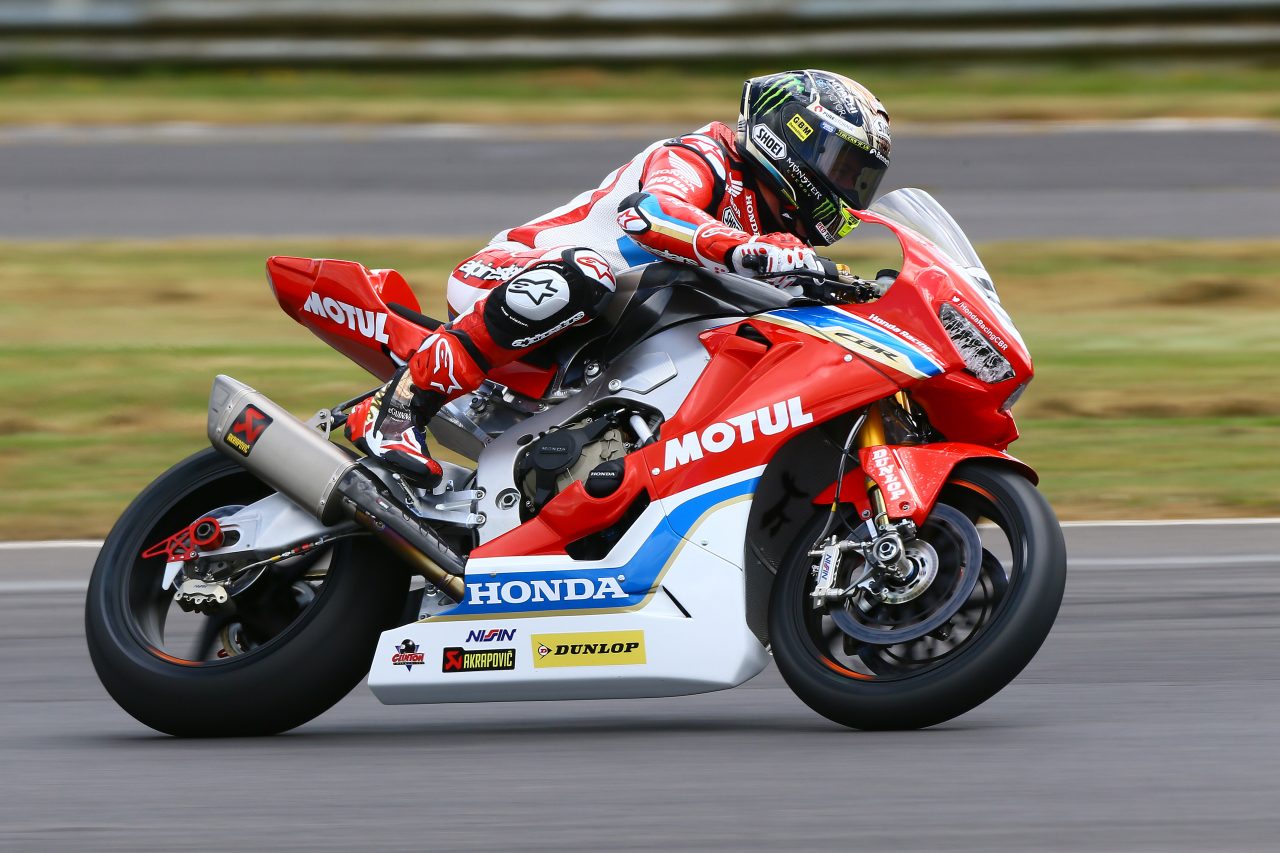 Honda Racing are all set for action around the Triangle at the upcoming Vauxhall International North West 200, as the marques CBR1000RR Fireblade SP2, breaks cover within the roads scene.

23 times TT winner John McGuinness is optimistic about the potential of Honda’s newest incarnation of the vastly successful Fireblade. 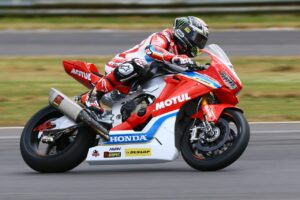 Following a recent testing session at Castle Combe, he stated:

“The new Fireblade is a big step forward for us, the bike from 2008 to last year was a great package and I had a lot of success with it – the new bike we’re nearly there and we’re just looking for a little more here and there.

It’s had a load of tweaks, it’s slimmer, and the bodywork is sleeker, it has a different exhaust, more power, improved engine braking and there are lots of positive steps with the electronics.

But, as with anything new, there’s a lot to learn and every outing we are learning and developing as we go. This year I have matched the times from last years test at Castle Combe, but didn’t feel I was pushing hard for those times, it was easy to match.

So I think once we’ve got those few tweaks and we’re pushing on, we’ll be able to give the lads at the front a run for their money.

I enjoy testing as of course you need to do it and we need the development time to get everything ready, but I really can’t wait to get out there now, start racing and seeing what we can do!”

Meanwhile new team mate Guy Martin, it’s fair to say has had a character building start to his 2017 roads campaign, with a best finish thus far of fifth, in the Open race at last weekends KDM Hire Cookstown 100.

Having not piloted Honda Racing’s Superbike as yet on the roads, it’s going to be interesting to see how competitive the eight times Steve Henshaw International Gold Cup winner will be within the big bike encounters, at the North West 200.

Speaking about how testing has gone thus far, plus much, much more! the worldwide popular racer, stated:

“Well, we’re learning! At the moment it’s a lot of learning, I definitely learnt more racing at Tandragee than I did testing for six days, but it’s always hard to mimic a road-race in a testing environment.

The team likes to test at Castle Combe, which is bumpy, but you don’t know what you’re up against until you get out into a race environment. Don’t get me wrong, we need to test and it’s helpful, but nothing compares to racing!” 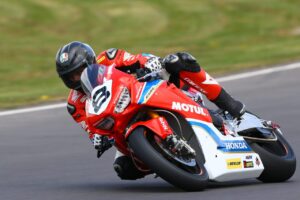 “It’s good to be back racing, there’s a lot to do for me and also for the new Fireblade, it’s a machine I tell you, but we do have some work to do and I love the challenge of getting it right.

When I came back it was to give the roads the best shot on a Honda on Dunlops, so this is what we’re doing. We’re all working together and it’s down to me, John and the lads, listening to each other and putting it all together.

I am looking forward to the North West 200 and seeing what we can do on the Fireblade out there and also taking the dog for a walk on the beach!”

New Team Manager for Honda’s official roads outfit, Jonny Twelvetrees added, that he feels the team is in a good place going into the opening international roads event of 2017.

Determined to overhaul BMW and Kawasaki in the Superstock and Superbike classes on the roads, the question now is with competition looming on the world famous coast roads of the Triangle, have Honda done enough to reel in their competitors?

Time will tell, but one things for sure, you can never discount Honda, from running at the sharp end.