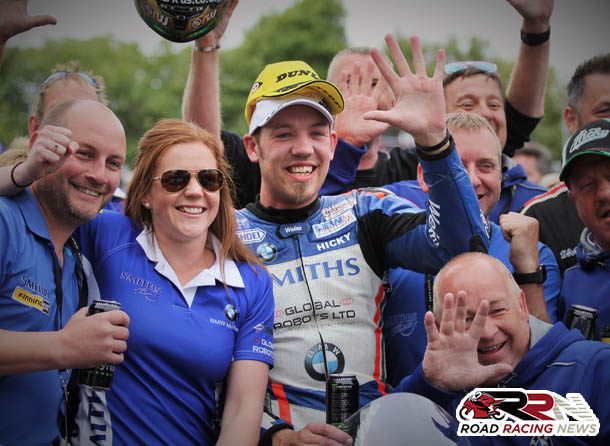 Having enjoyed this year without a doubt his strongest roads campaign thus far in the Smiths colours, expectations are high that 2018 could well prove even more tumultuous aboard the outfit’s ultra competitive S1000RR BMW’s in Superbike and Superstock trim.

Already a six times international road race winner, many believe next year could well mark the first time he stands on the top step of the podium, at the TT Races as he aims to kick on from his momentous five podium finishes from five starts at TT 2017. 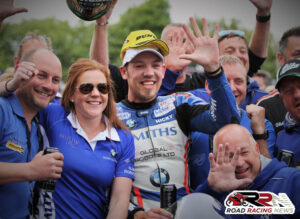 Set to defend his Macau GP crown in just over a weeks time, he’s already plotting how to improve upon a tremendous 2017 next year, he stated:

“This will be the first time in my career I’ve stayed with the same team on the same bike, so I’m delighted to be back with the Smiths team and on the BMW for 2018.

We had a great season this year and we can now hit the ground running which can only benefit us. We know we have a lot more to come so I can’t wait to get started and I genuinely feel I can push for the BSB championship next year.

We had a great package on the roads too and it’s great to get everything sorted early, so we can focus 100 percent on the goals we want to achieve in 2018.”

“Peter has done a brilliant job for us both at BSB and on the roads this year, so we are delighted to work with him again next year and we really do believe he can achieve even more success.”