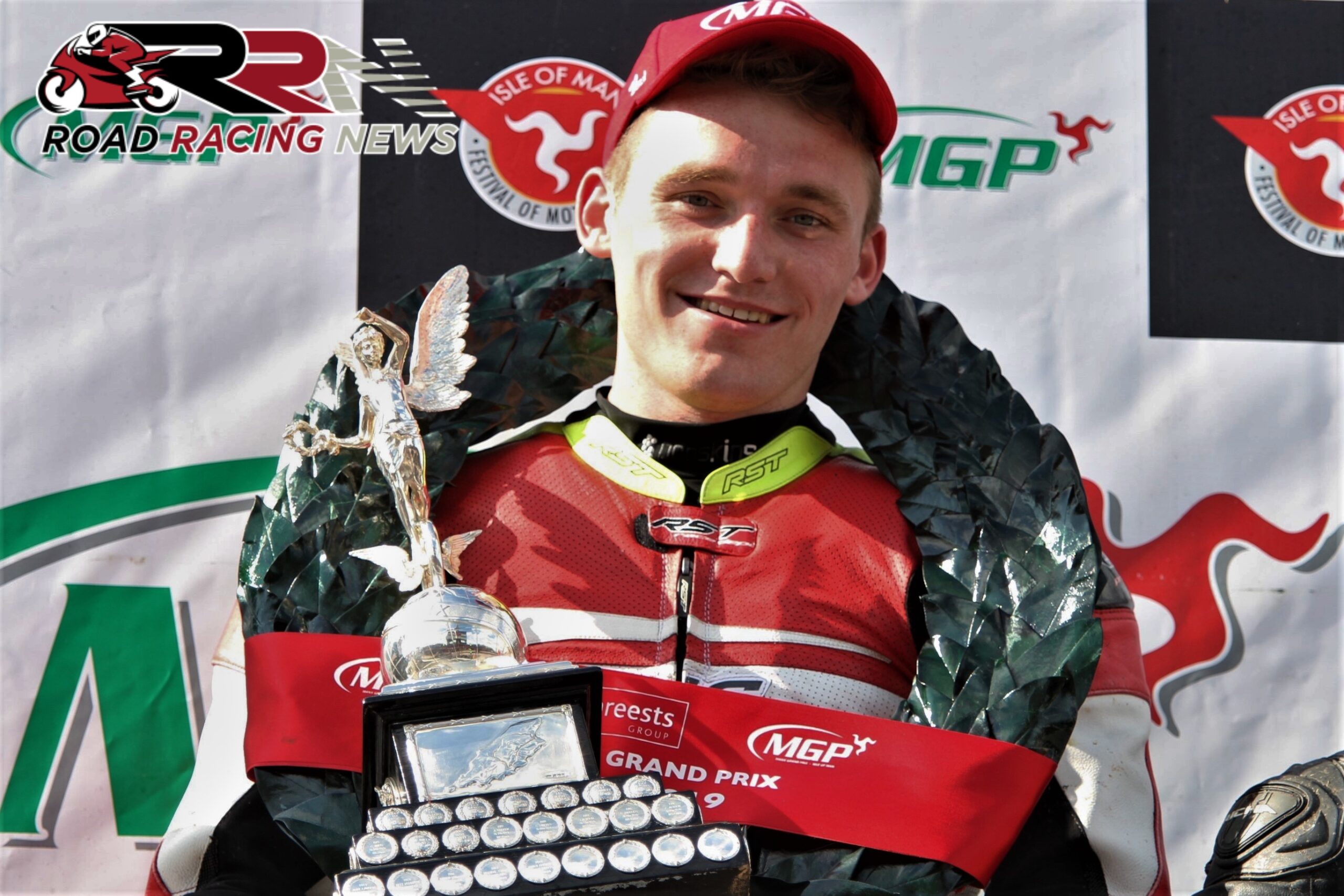 By Ballaugh Bridge, Hind’s advantage over Harrison extended to plus 7 seconds. The Peoples Bike Team’s Stephen Parsons occupied third but was only 0.7 ahead of Skerries Andy Farrell as Stephen Smith and VRS Racing’s rounded out the top six. 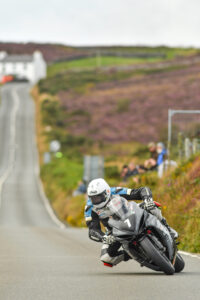 It was all change though for 3rd at the Bungalow, as Liverpool’s Smith slotted into third place as prior position holder dropped back to fifth.

Out front 19 year old Hind continued to set a rapid, impressive pace which culminated at the end of lap 1 with a sensational new Junior Manx GP lap record of 121.77 mph. 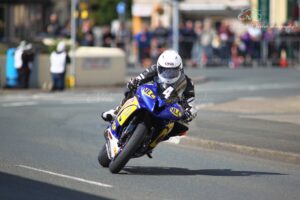 CBR 600RR Honda mounted Harrison remained lead chaser to Hind but was now 11.259 seconds behind Hind, whilst the tight, close fought battle for third was just headed by Slipps Racing’s Smith, who was only 0.475 in front of seasoned Manx GP front runner Farrell.

By Ramsey Hairpin Smith had trimmed Harrison’s lead down to just 6.639 seconds and was looking on course to join Harrison as a member of the prestigious ‘Tommy Club’. 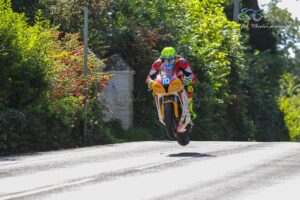 The gap between Harrison and Smith extended at the Bungalow to 7.297 seconds, which then grew marginally at Cronk Ny Mona to almost the eight seconds mark.

At the end of lap 2 Harrison had a 7.869 seconds lead over Smith but soon more drama was to arise, as Harrison incurred a 30 second pit lane speeding penalty.

By Ramsey Hairpin, Smith’s race lead was down to only 2.77 seconds! It was most definitely race on for the battle to become 2019 Junior Manx GP Champion.

Onto the Bungalow and Harrison was back into race lead but by only 0.302 of a second. Third placed Farrell additionally wasn’t out of contention for race spoils, just over six seconds behind previous race pace setter Smith.

Come the completion of a quite engrossing, captivating Junior race, it was Harrison in spite of a 30 second penalty who claimed the victory spoils by 3.886 seconds over gallant runner-up Smith. 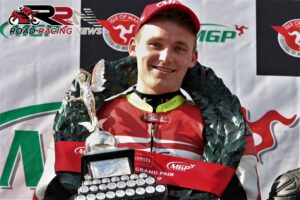 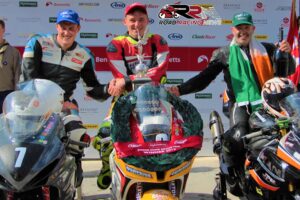