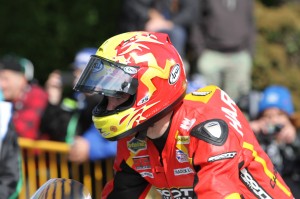 Glenn Harrison is bidding for podium finishes at the 2015 Manx Grand Prix. Having made his Manx Grand Prix debut back in 2011 he has got quicker and quicker in the last three years around the most famous road racing circuit in the world. 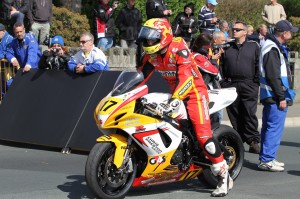 Plus he recorded his quickest lap speed to date lapping at 116.250, senior Manx Grand Prix was next on the cards and in tricky windy conditions Glenn achieved highly creditable 14th place finish.

The determined rider has proved this year at the Manx GP that he is improving all the time results wise and lap speeds wise. 2015 could well prove to be a highly prodigious year for Glenn Harrison who in the future is planning to compete at the Isle of Man TT.