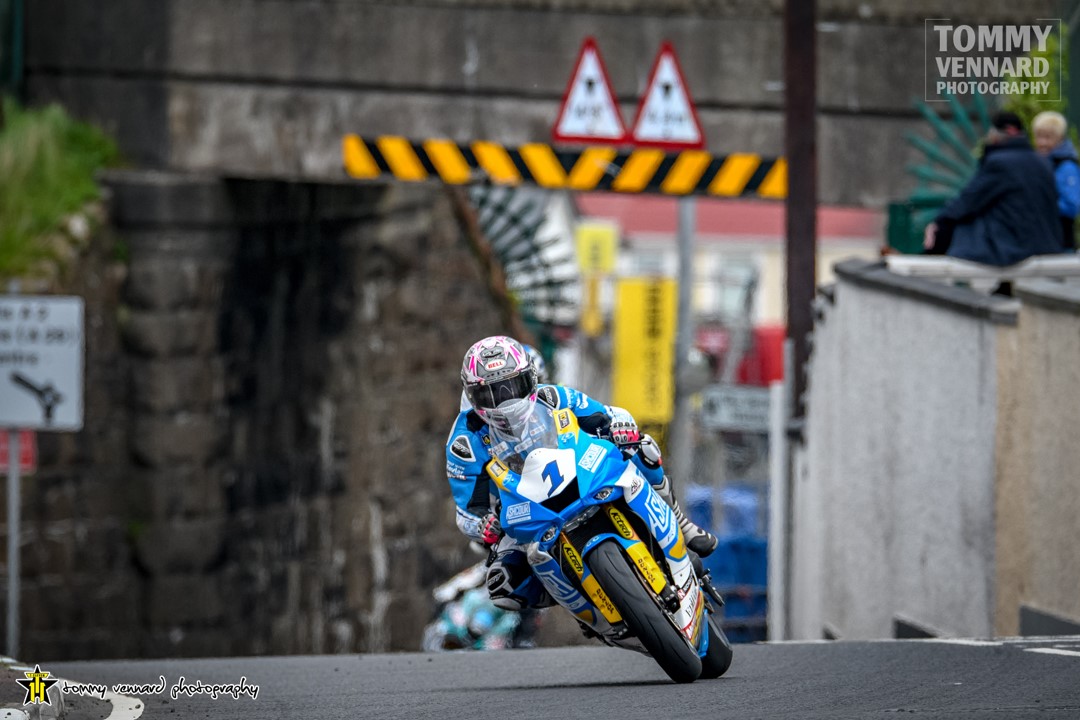 Fastest off the line was pole-sitter Alastair Seeley but Milenco by Padgetts Davey Todd, runner-up in Thursday’s soon hit the front at York-Hairpin.

Slipstreaming, slipstreaming a plenty followed across lap one as a who’s who of top 600cc International roads pilots battled it out.

As lap one ended, pre-race favourite for many Lee Johnston had grabbed the lead off Todd, holding a narrow 0.093 advantage over the Brotton rider.

By Church, Black Hill there was still nothing in it between the Honda, Yamaha mounted pilots.

As lap two concluded, Todd headed Johnston by just under 0.2 of a second, Dunlop maintained third and had set the fastest lap of the race.

Post lap three’s finalisation, Johnston and Todd were separated by just 0.252 with fastest man on track Dunlop, just below two seconds in arrears.

Drama was afoot on lap four as Todd ran straight on at Mathers Chicane, allowing Johnston to open a moderate advantage.

James Hillier high-sided out of contention at York on lap five whilst Todd by the Magic Roundabout had reeled in Johnston, who was almost 1.5 seconds clear at the end of lap four.

Another classic last-lap fight for victory was in prospect.

Ultimately a determined Johnston, via a last dash of speed through Black Hill, Juniper had the edge on Todd on the sixth and final lap.