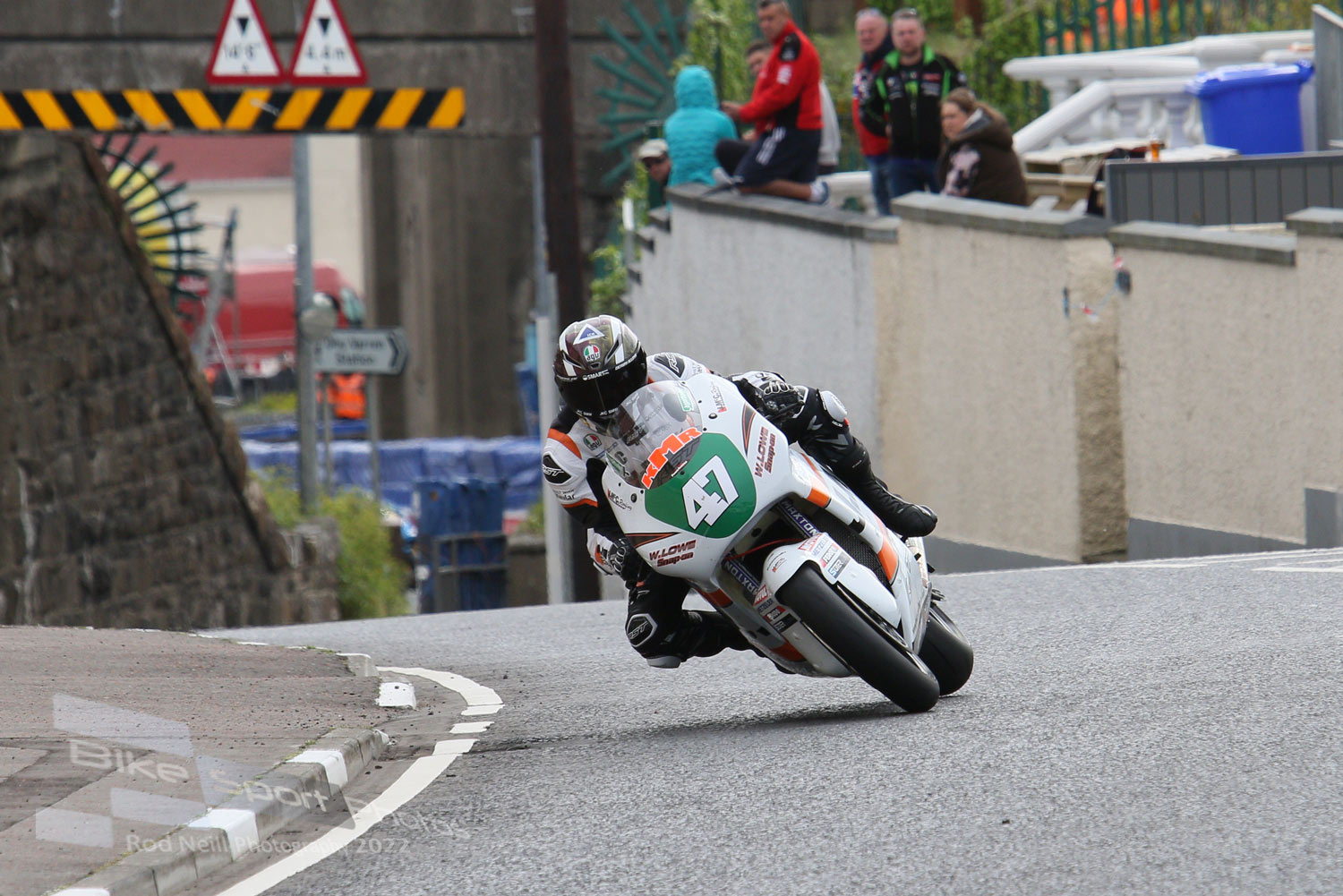 A packed Grandstand was witness to an ultra-impressive start from pole sitter Richard Cooper, who led on the run to York- Hairpin.

As the opening lap stint went on, Cooper aboard the Ryan Farquhar prepared JMcC Roofing Kawasaki, sped away from the chasing pack, which was headed by Pierre Yves Bian.

Towards lap ones’ conclusion, Cooper pulled further away and by the lap’s completion was almost five seconds ahead of new second place holder Lee Johnston.

PreZ Racing’s Paul Jordan was up to third as Ashcourt Racing’s Johnston dropped back to fourth.

Post setting a new outright Twins lap record of 4 minutes 49.407 seconds, race leader Cooper dropped his pace a touch on lap three but his advantage out front was ever-expanding.

Whilst Cooper continued to ease towards race honours, all eyes were on who could claim second on the fourth and final lap.

The answer was Yves Bian, the first French racer in the 21st Century to acquire a NW200 rostrum finish.

“I’ve done everything that was asked of me, both my teams have given the best bikes possible however due to a protest buy another so called racer I’ve now been excluded from both Super Twin races. To the team/person who felt they needed to do this congratulations.”