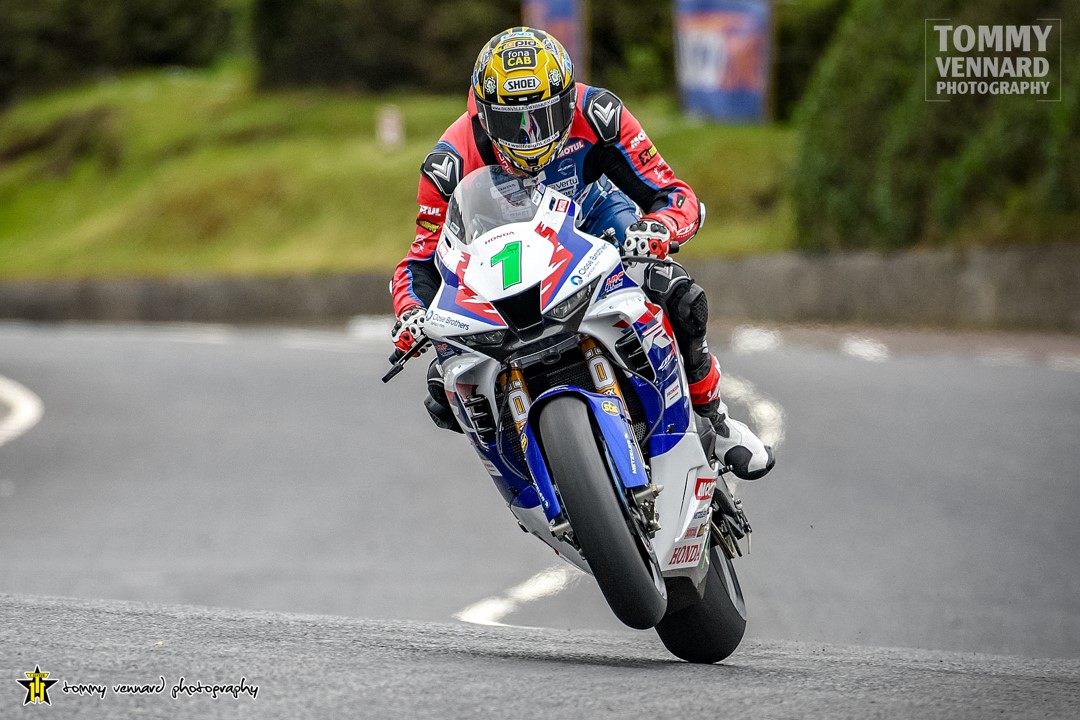 Lap records have been-broke, great racing, stern overtakes, excitement in bucket loads you name it everything good about pure road racing arose in the prior Super Twin, Supersport North West 200 encounters, what would the Anchor Bar Superbike race offer?

Drama was soon afoot as Peter Hickman made an error, dropping him out of front running contention.

As lap one continued, Irwin began to steadily broke away from the chasing pack headed by former IRRC Superbike Champion Davey Todd.

The finalisation of lap one would see Todd just 0.361 down on pre-race favourite Irwin.

The pace out front was simply astonishing, on lap two the top four were all under the existing lap record!

At York on lap three, Todd grabbed the lead over Irwin, Cooper was still third and wasn’t out of victory contention yet.

Soon Irwin was back in front but you couldn’t but be impressed with the much-improved Todd.

Todd then regained the lead into Metropole and lap three’s conclusion led by just over three tenths of a second.

Onto lap four and the chopping and changing out front continued with Irwin edging back in front.

As lap five beckoned, the lap record has gone again this time to Irwin, lapping at 4 minutes 19.451 seconds.

Despite a new outright lap record, he couldn’t get rid of the attentions of Todd, who also lapped sub 4 minutes 20 seconds.

More misfortune then struck Hickman, who pulled out at University Corner.

By Mathers Cross Chicane on lap six, Irwin just about was still leading but Todd was in striking distance.

Todd then led by the next chicane but at Metropole he ran wide which allowed Irwin to go P1 which he maintained to the chequered flag, his fifth successive North West 200 Superbike victory, the first racer in history to accomplish this feat.

Admitting afterwards it was the hardest he’s ever rode around the Triangle course, race winner Irwin was full of praise for runner-up Todd.