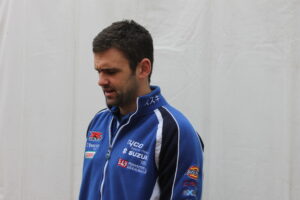 A fantastic Isle of Man TT is in prospect for William Dunlop. William’s in arguably the best form of his career on a superbike having won opening superbike race at North West 200.

Now competing for Tyco Suzuki by TAS William feels really comfortable with the team and is enjoying working alongside Guy Martin. The reigning Ulster Grand Prix supersport race two winner from 2013 is confident of good results at TT 2014.

William feels he has a good chance of battling for race wins in both supersport TT races whilst he could produce a surprise or two in superbike and senior TT races, plus William is happy with Tyco Suzuki by TAS superstock bike. 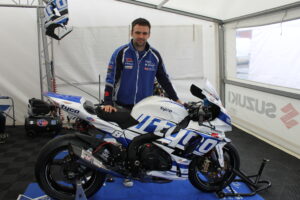 Going into this years Isle of Man TT the rider who lapped for the first time at over 130 mph at TT 2013 feels he is better prepared this year and is ready for action.

TAS racing have a fantastic record at TT which includes senior TT wins in 2002,2003 and 2004 plus wins in superstock, supersport and production 600 races. William will be aiming to join the list of famous names who have won on the mountain course when competing for the team ran by Philip Neill and Hector Neill.

William gets on really well with mechanics in the team and is in a good place going into all races at TT 2014 where there is no doubt he has the potential to be able to fight for victories across superbike, superstock, supersport and senior TT races.