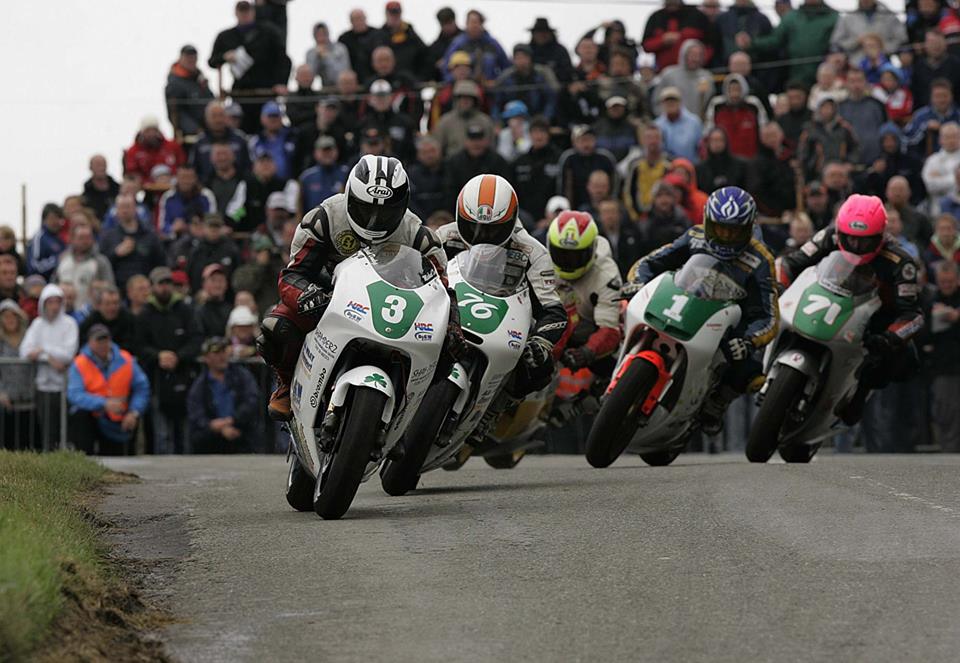 Sixteen years after its foundation, and with over 90k put back into the sport, it’s now the end of an era for the TSRSC (Two Stroke Racing Supporters Club). Founded in 2002 following the death of Gary Dynes, the club was originally called the Gary Dynes Foundation, with the simple aim, to keep the 250 class alive.

Following their inaugural Press Launch, at the North Monaghan Road Races, one year on from the passing of their hero, the club announced a €7.700 prize fund for the 2003 road race series, and hoped that in the future, that the 125 class would be included in their prize funds.

From small acorns, grow giant oaks, and this small but dedicated club went from strength to strength, and they added the 125 class to their championship in 2004, and like the 250 class, it would be run in conjunction with the road race clubs.

However a few years later, the club had to change their stance, due to some clubs not paying out the prize fund that was agreed.

The club then decided to run a championship for both the 125 and 250 classes, separate from the road races themselves, with prize money being paid down to tenth in both classes, with the top three also receiving trophies. This was well received by the riders. 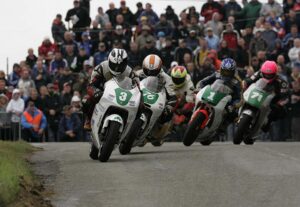 Over the years, the club membership grew from a mere eleven to almost three hundred such was the support for the Two Strokes. Past winners of the clubs championships include, Michael & William Dunlop, Davy Morgan, Micko Sweeney, Barry Davison, Neil Kernohan (twice a winner) and in the 125 class, Paul Robinson, Nigel Moore & Adam McLean to name a few.

Along with many Fundraisers, the club were indebted to their sponsors, the first being the late Milton Thom of the Royal Hotel Cookstown, Gary Ryan of Street Sweep, Derek Wray (D&G Racing), Ollie Grimes of Ollies Place in Skerries, not forgetting the late Archie Knipe from Cookstown, for his many generous donations over the years.

The late Eric Lyons, of Ironside Trophies, who supplied all the clubs trophies and silverware, and Pete Wilbernham, who took care of the James Crompton Award, (best overseas rider).

Founder Joe Wright (better known to many as Two Stroke Joe) said “This will come as a shock to many, but over the past few months, I have been deliberating as to whether the TSRSC should continue or not, sadly I have decided to wind up the two stroke racing supporters club, mainly due to lack of support from both riders and fans alike.

Raising funds, organising awards nights, and competitors not turning up, certainly have weighed heavily in my decision.

I do feel bad about my decision, I feel I am letting down the genuine riders, but on reflection I, along with the committee members are proud of the fact, that over the 15 years, we raised over 90k all of which was put back into prize funds for the Two Stroke classes.

We set out to save the Two Stroke class, which looked to be on its knees back in 2002.

I would like to think that with the clubs dedication, we were able to give, both riders and spectators many more years of top class two stroke racing.

For the committee, this has been a hard decision to take, but in reality, it is also the right time to fold.”

“I would like to thank everyone for their support, riders, club sponsors and members, without your support none of this would have happened. The main trophies will remain in the sport, so the two stroke memories will always remain.”