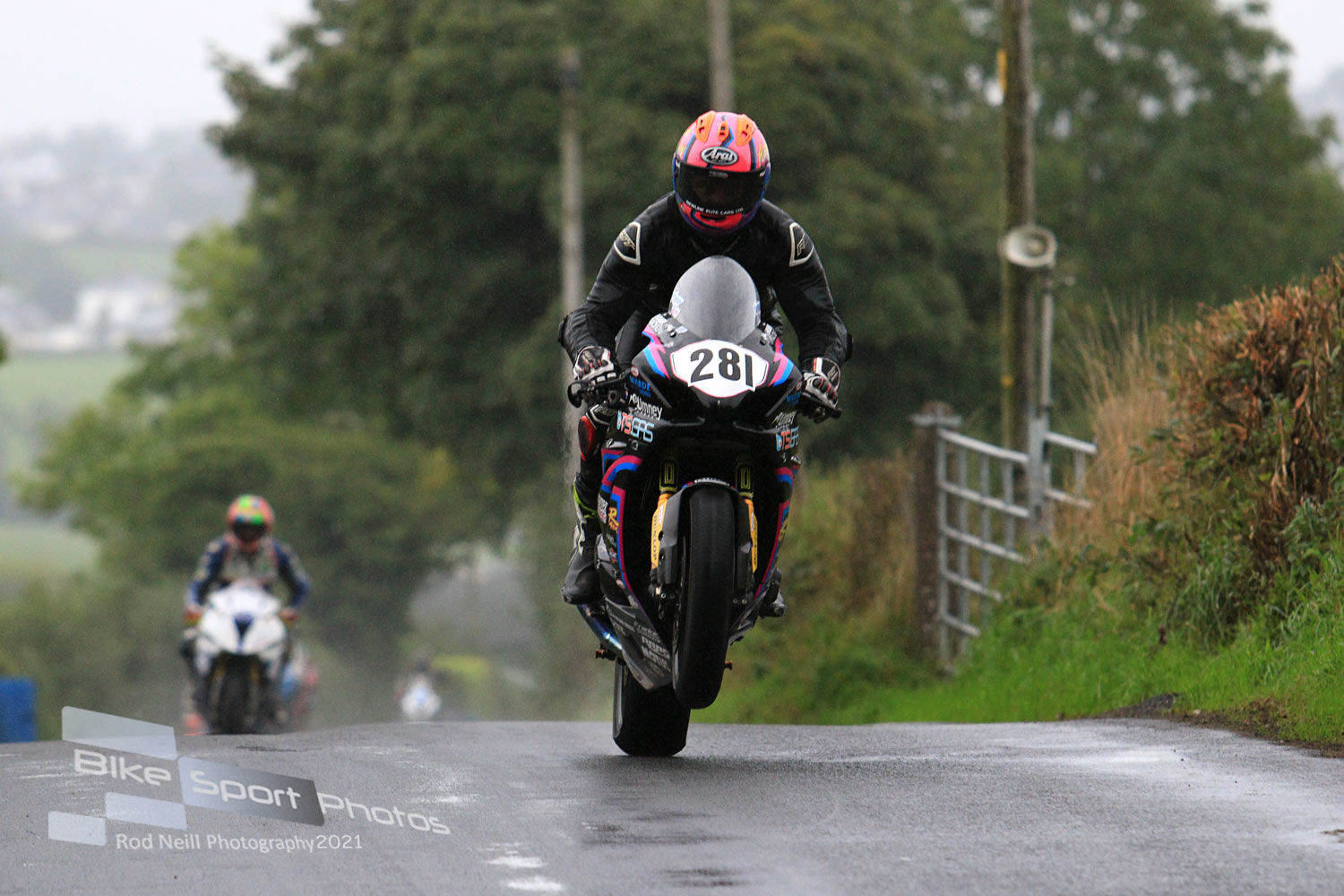 The original race start had seen Michael Browne, Adam McLean duke it out for honours before red flags arose around the Orritor Circuit on lap four.

After a 20 minute plus delay, conditions had taken a turn for the worse with wet weather embarking itself upon Cookstown.

Due to this, many of the anticipated front runners including the above showcased Browne, McLean, PreZ Racing’s Paul Jordan opted not to race, with in total just seven racers electing to take part.

Four times top thirty TT finisher Jackson held the race on lap 2 but on lap 3 it was McAdoo Kawasaki’s Tweed at the helm, leading most recent Enniskillen Grand Final winner Dunn by only 0.034 of a second.

The final lap would see a third new race leader as Dunn slotted into the race lead which he would keep to the finish line, emerging 0.551 in front of Tweed.