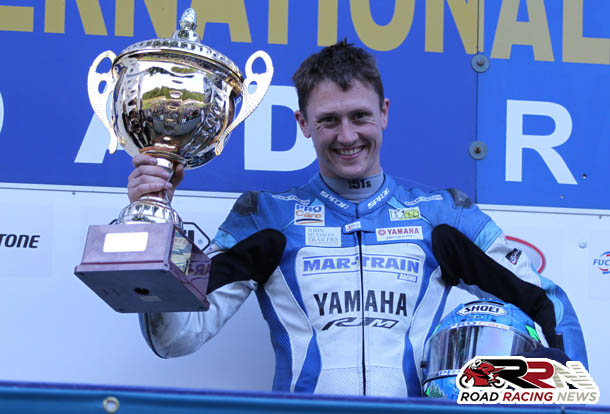 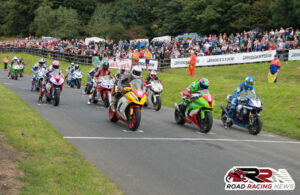 Drama struck on lap two at Memorial as John McGuinness on EMC2 backed CBR 1000 Honda Fireblade, fell out of contention.

Onto lap three and Harrison’s advantage grew further, as he was proving why many consider him one of pure road racing’s most naturally talented riders.

Lap four would see positions within the top four remain the same, although Lee Johnston and Ivan Lintin where closer together, as the current lightweight TT winner piled the pressure on the rider of the meeting, at this year’s Ulster Grand Prix.

Michael Dunlop was seventh at the end of lap four, then pulled into the paddock at the beginning of lap five to retire from the race, on his own teams S1000RR BMW.

Following more consistent, rapid, firm pace on laps six and seven, Dean Harrison went into the final lap on the verge, of clinching gold cup victory for the first time.

Producing another typically all out action display on Mar Train Racing’s Yamaha superbike, Dean crossed the line at the end of lap eight, to win the 2015 Steve Henshaw international gold cup. 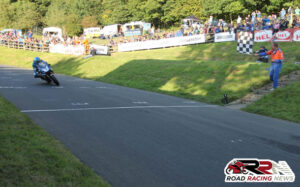 East Coast Racing’s Lee Johnston rounded out the top three finishers, following a highly accomplished display from the rider who has in 2015, won more international road races than any other rider.

Dan Hegarty, Downshift Motorsport ZX10R Kawasaki, produced one of the rides of the race, finishing a fine fourth.

Dan who made his Oliver’s Mount debut at the Spring Cup National Road Races, loves competing around the iconic road race circuit. 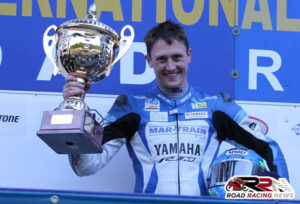 Dean Harrison’s Steve Henshaw international gold cup success, is the culmination of seven years of rapid progress around the mount from one of pure road racing’s most talented riders.

It’s been a tricky 2015 season at times for Dean, he’s proven though this year with series of top draw performances, why he’s considered a senior TT winner in the making.