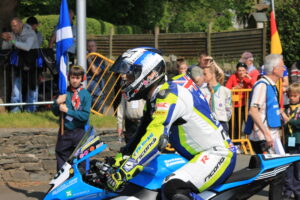 Davo since making his TT debut back in 2010 has taken to the mountain course greatly having lapped on the most famous road race circuit in the world at over 127 mph.

The extremely talented rider is confident of a great result in Monday’s superstock race. Competing in British superstock championship has given David lots of track time going into TT 2014 which he feels has benefitted him greatly.

Plus for the supersport TT races Davo is competing for CD racing on a top spec R6 Yamaha. David is happy with bike and set good pace in practice session on Saturday lapping at over 121.5 mph.

Achieving personal best lap times is always a big goal for every rider who competes at Isle of Man TT and for David its no different.

The potential is there for lap speeds of over 128 and 129 mph during TT 2014. Having being a top ten finisher in 2011 Ulster Grand Prix he is planning on a return to the Dundrod based circuit this year with PR racing Kawasaki. 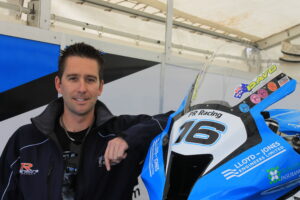 A return to Macau Grand Prix is also on the cards in 2014 in what has already being a good TT for David Johnson who is getting quicker around the mountain course and proving himself to be one of the fastest rising stars at the worlds greatest road race.