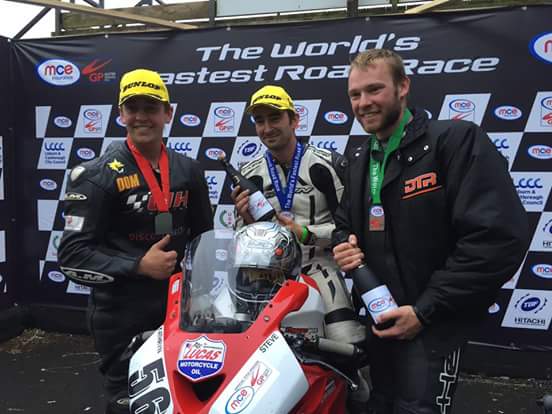 David “Action” Jackson, who resides in deepest darkest Lincolnshire, has new aims ahead of the 2017 Road Racing season after securing top level machinery.

Following on from his superb roads debut at the 2016 Ulster Grand Prix, which brought him Victory in the Dundrod 150 Challenge, David has Purchased Taylor Mackenzie’s Superstock1000 Winning machine from Hawk Racing. 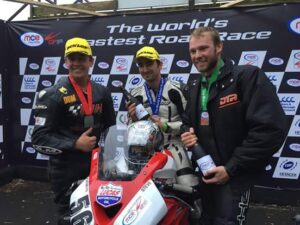 With Technical support as part of the deal, and having Taylor’s Crew Chief, Steve Hicken, offering help, ‘Action’ is raring to go and will be conducting his first outing on the machine at the Final round of the 2016 Thundersport GB ‘GP1’ Series at Cadwell Park in October.

Looking ahead to 2017, David’s plans include Debut’s at Oliver’s Mount, Southern 100 and his main aim of competing at the Isle of Man TT, as well as selected National Superstock 1000 Events and Irish Road Racing events. 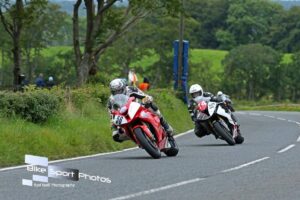 Commenting on his major news, David had this to say.

“I am so pumped at the minute, the fact I already have my machinery in place for next year is mega reassuring and gives me a clear winter to concentrate on putting other things in place.

I got speaking to Steve Hicken at the Ulster, and we briefly spoke about machinery for next year, upon returning to the ‘shire I discussed it with my super loyal sponsors Steve & Kathryn, who agreed that purchasing a bike from Steve was the best way forward, and we arranged that I would get the bike as soon as Tmac had wrapped his championship up!

It’s the best bike I could possibly have, and a great upgrade for me, this year’s BMW was a 2012 model and only had 180 BHP and it was struggling to keep up with the newer BMW’s and certainly the ZX10’s. Out of this I really can’t thank everyone enough that’s helped bring this about, Steve & Kathryn, Lucas Oils, Steve Hicken, Hawk/Buildbase BMW.

The plan for next year is all the major international roads events, Oliver’s Mount, North West 200, TT, Southern 100, Ulster Grand Prix plus some Irish roads and selected UK Short Circuit rounds, so to get out on the bike this year and get an initial grapple on it helps loads, I can’t wait to hit the ground running!”