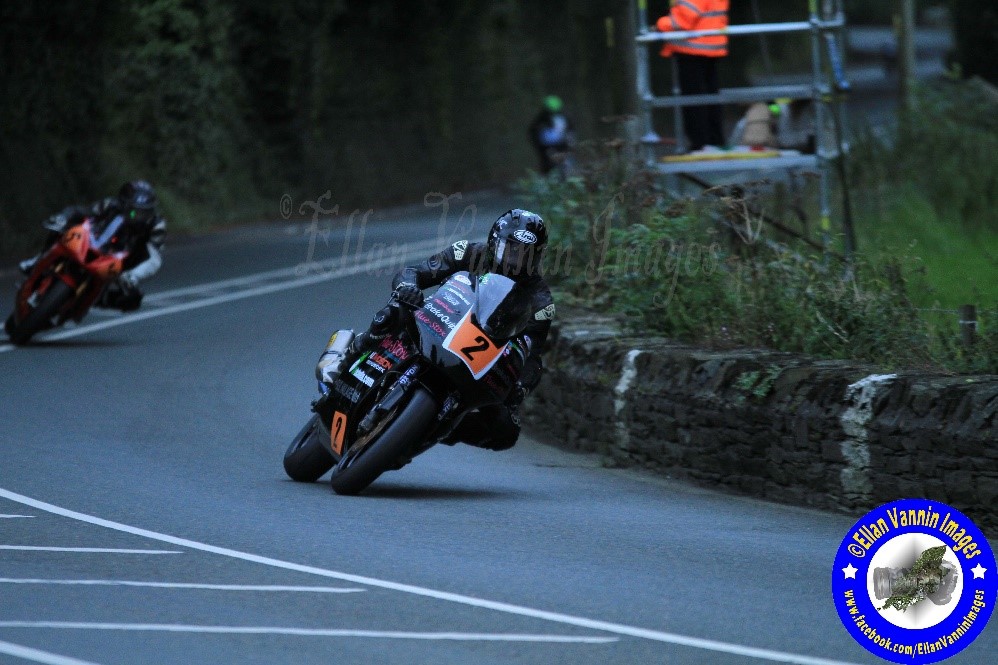 2017 Lightweight Manx Grand Prix winner Darren Cooper back on the Isle of Man on Friday for the Manx Motorcycle Club dinner evening, opened up about his exploits at last years Manx Grand Prix and provided an insight into some of his plans for the 2018 road racing season.

Speaking to Manx Radio’s Chris Kinley at the Manx Moto Cycle Club annual dinner, he first talked about his podium finish in last year’s Junior Manx GP, stating it was a pleasure to be up on the podium with eventual double event winner Michael Evans, and Jamie Williams, who finished in 3rd place. 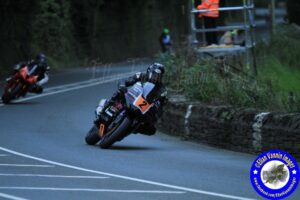 Moving onto the Lightweight race he told the audience how he had to be calmed down, after the ride in the Junior race that morning.

Causing some laughter, he described how his wife Katie had to clean his leathers due to the champagne that had been sprayed on them, whilst on the Junior race podium, before he went out to line up for the second race of the day. 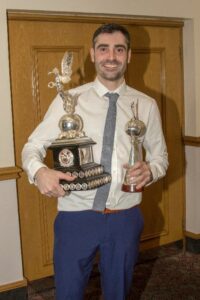 Revealing that it took him a while to get into the lightweight race, it was when seeing pit boards that told him he was in second place that helped him get into his rhythm, eventually running out a 28 second winner in front of Andy Farrell.

Going onto talk about TT 2018, he confirmed that for his first crack at the most famous road race in the world, that he was entering the Supersport and Lightweight races on his own ZX6R/ER6 Kawasaki’s.

He was a little cagey though when the subject of the big bike races was brought up, telling compere Chris Kinley:

“The intention is to enter those too, and I hope to reveal machinery soon, but at this moment nothing can be confirmed.”