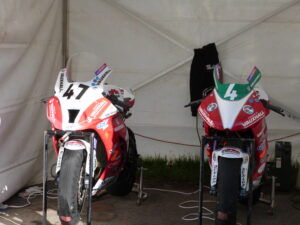 Moto GP star Danny Webb is making his Isle of Man TT debut this year with the KMR Kawasaki team. Danny is competing in all classes this year for the team and is greatly looking forward to making his TT debut. Danny’s has recorded many top results in the 125 world championship in Moto GP when Danny finished 10th overall in the 2010 championship, Danny has also competed in the moto 3 world championship and last year in the world supersport championship.

For Danny its being an ambition of his to compete at the Isle of Man TT, Danny is aiming long term to be successful in the worlds greatest road race. The news of Danny Webb making his TT debut is brilliant news for TT fans worldwide, Ryan Farquhar’s KMR Kawasaki outfit is the perfect team for Danny to make his TT debut with, without a doubt one of the most high profile TT newcomers over the previous ten years Danny Webb competing at TT 2014 will be watched by many.