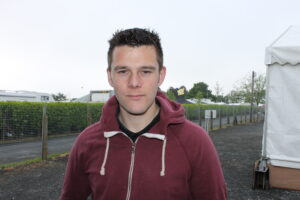 Dan Hegarty is aiming for his best ever results at the Isle of Man TT. Dan has a top array of bikes to compete on at TT 2014 which includes ILR Kawasaki for superstock race, his own teams ZX10 Kawasaki superbike and R6 Yamaha for Barnes racing.

In Dan’s own words “never had so good” bikes for this years Isle of Man TT, plus that its set to be a good year for the rider who made his TT debut back in 2011. Plus for “Hego” competing for Ian Lougher’s ILR Kawasaki team is wonderful opportunity.

Dan watched Ian in action around Oliver’s Mount and has a huge amount of respect for the ten time TT winner. The talented rider is aiming for 122 mph laps in supersport TT races on Barnes racing R6 Yamaha which has a good record around the mountain course.

Whilst for the superbike, superstock and senior TT races he is aiming to surprise and set personal best lap times at the worlds greatest road race. Dan Hegarty is a top all round rider who has already in his TT career recorded consistent results and highly creditable lap times.

TT 2014 could see him has his best TT to date with highly competitive bikes under him for all races. Plus Dan 100 percent loves competing on the mountain course where in his own words you go into a zone, another mindset when competing on the most famous road race circuit in the world.