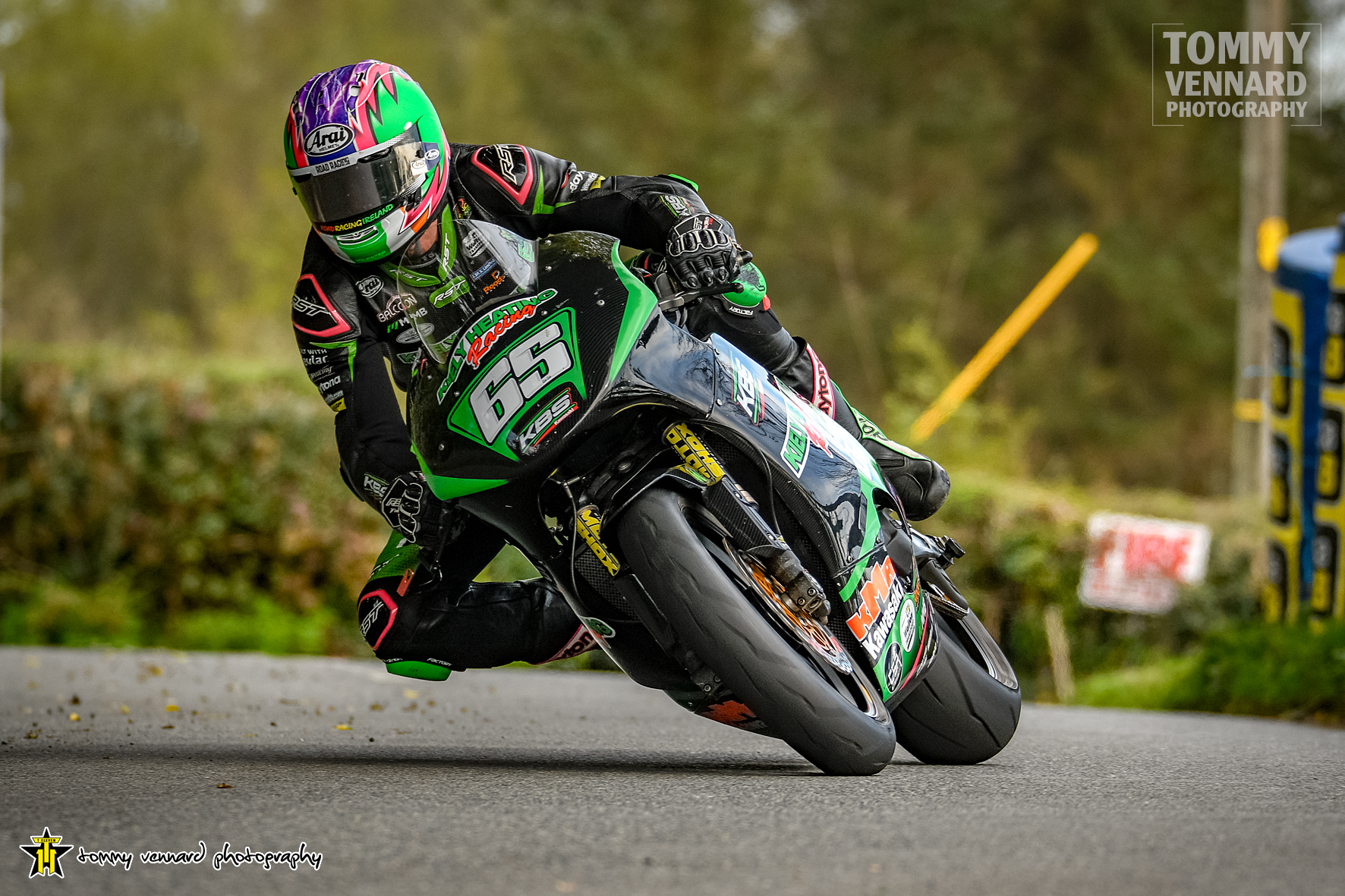 It was all change though on lap two as McAdoo Kawasaki’s McLean hit the front.

Post a moderate delay, racing got back underway with a reduced five lap distance.

As during the previous race start, Skerries Sweeney got the hole shot. 0.937 ahead of Cowton Racing’s Dominic Herbertson post culmination of the opening lap, his race-lead grew to 1.5 seconds plus on lap two.

There was no stopping Sweeney from here, who’s final race success margin was just shy of five seconds.

Matt Rees occupied fourth, Open B race victor Darryl Anderson got the better of Eoin O’Siochru for fifth whilst the remainder of the top ten was rounded out by: