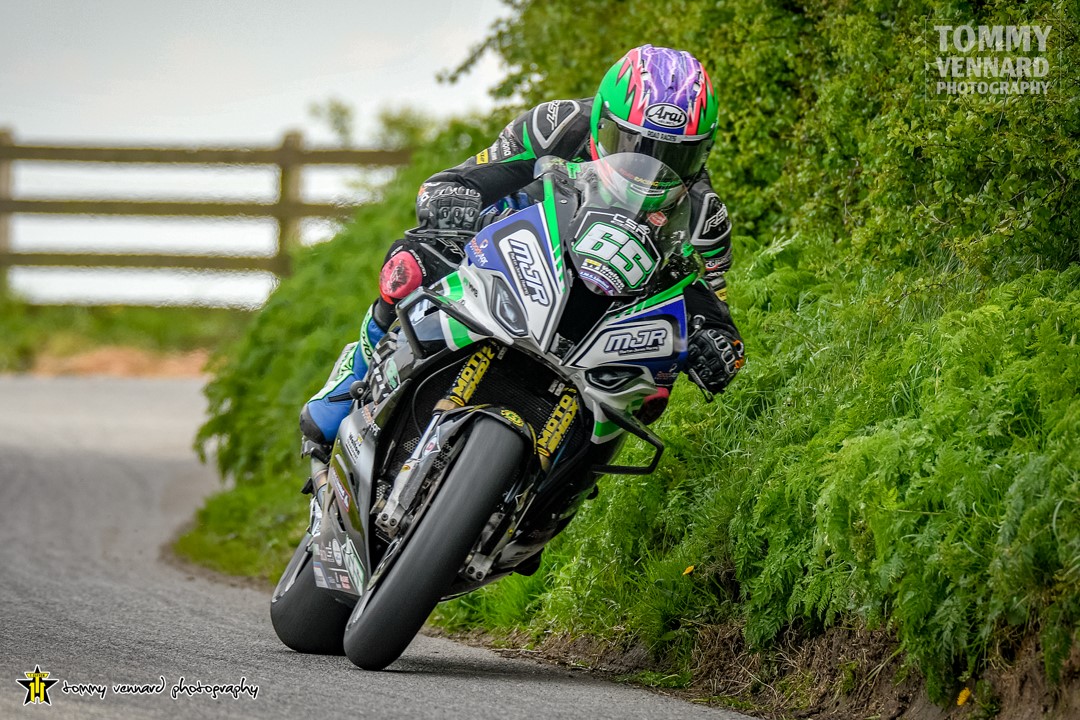 There were a few notable non-starters for the six-lap re-started Steelweld Cookstown open race, with pole sitter Michael Browne, Paul Jordan not taking part having been involved in a multi-rider incident which curtailed the previous race start.

Despite the absence of the aforementioned, the competition was no less intense, gripping as a host of real roads craftsmen battled it out for 1000cc race spoils.

One second clear of Adam McLean at the end of lap one, Michael Sweeney aboard the winglets featured Martin Jones Racing BMW quickly took charge.

Keeping his cool out front, Sweeney went onto take the victory spoils by 3.544 over McAdoo Kawasaki lead rider McLean.

Michal Dokoupil was a more than creditable seventh whilst positions eighth through to tenth were occupied by Davy Morgan, Darryl Tweed and Paul ‘Potchy’ Williams.