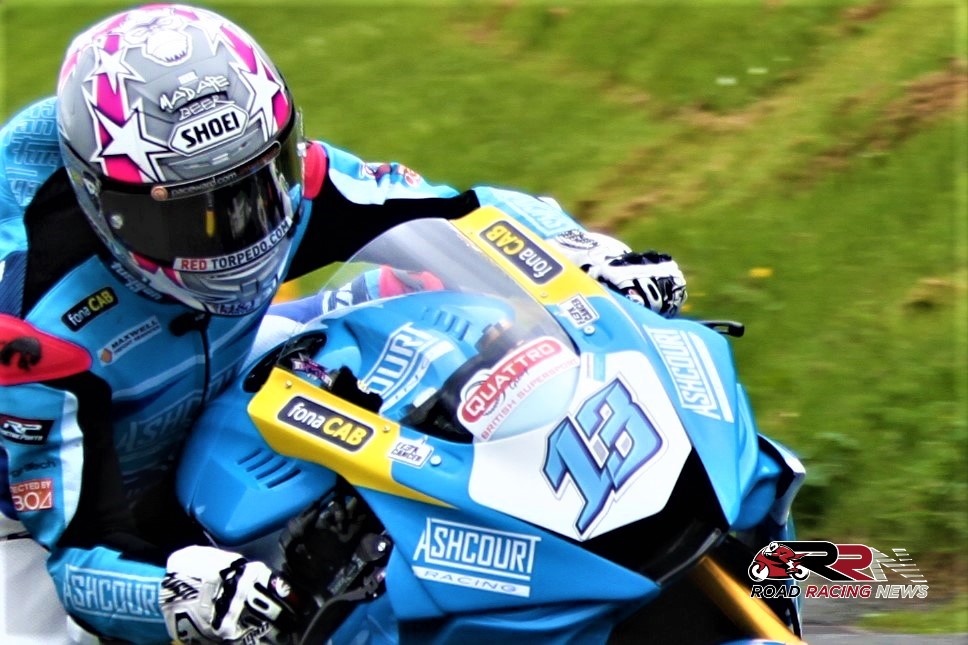 On course for a solid fourth place finish, Peter Hickman’s challenge was to cruelly conclude on the 20th and final lap.

Prior to his misfortune, FHO Racing’s lead challenger had early on, set the fastest lap of the race as he mixed it with eventual rostrum finishers Christian Iddon, Jason O’Halloran and Danny Buchan.

“Gutted, the bike was working really well but unfortunately, some engine trouble with half a lap to go. So really disappointing for us all at FHO Racing BMW. Start 4th on the grid for tomorrow so onwards and upwards.”

Rounding up the International roads runners, York’s Joe Thompson was a non starter whilst the Republic of Ireland’s Brian McCormack, race challenge ended on lap 15.

Tomorrow’s middleweight class action the 26 lap feature race is scheduled to kick off from 3:45 PM.