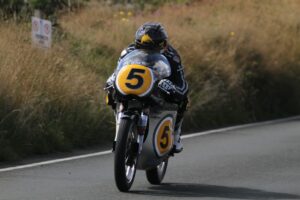 Bruce Anstey was happy with securing podium finish in 500 classic TT. Bruce competing on Mckintosh Manx Norton produced an as ever highly accomplished performance to finish in third place to record his fifth podium finish on the mountain course in 2014.

On Monday its the formula 1 classic TT and Bruce riding the Valvoline racing by Padgetts motorcycles YZR 500 Yamaha will start one of the favourites for victory following a successful practice week finishing fastest having lapped at 122.888 mph. 2014 has being a momentous year for Bruce Anstey setting a new lap record at TT 2014 with lap speed of 132.298 mph plus double race win at Ulster Grand Prix including feature superbike race victory.

More success could be on the cards on Monday during formula 1 classic TT where the nine time TT winner will be aiming for another notable win in his brilliant road racing career which has so far brought him 29 international road race victories a quite superb record. 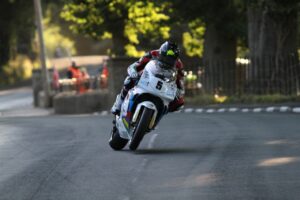