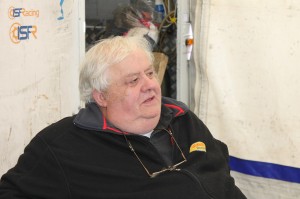 Billy Mckinstry is a stalwart of road racing. Billy has being involved in motorcycle racing for over 53 years, at TT 2014 his team Mckinstry racing ran Ivan Lintin on a ER6 Kawasaki in lightweight TT.

In practice week Ivan lapped at 117.2 mph to go quickest in lightweight TT class and go into the race one of the favourites for victory. Although mechanical issues halted Ivan’s race the Mckinstry racing team ER6 Kawasaki proved its speed and that in the future its more than capable of becoming a TT winning bike. 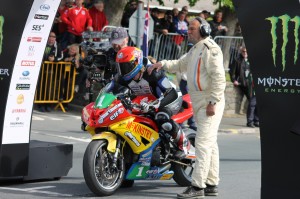 In recent years Billy Mckinstry has worked with riders including Dean Harrison and Adrian Archibald. 2010 saw Billy run Dean Harrison on R6 Yamaha and ER6 Kawasaki, he was instantly impressed with the rider from Bradford who is now a TT winner having won this years lightweight TT race.

Over the last two years Billy has being running Ivan Lintin on a ER6 Kawasaki in super twin races. Last year saw Ivan win the Ulster Grand Prix super twins race, whilst this year the talented road racer was runner up in opening super twin race at North West 200.

Billy’s Mckinstry racing team always produce good bikes which are ultra competitive, the man who is one of the most recognisable faces in a road racing paddock is still as enthusiastic as ever when he first got involved in road racing.