This years Barry Sheene road race festival has attracted a fine entry list with a top mix of classic and modern racing bikes. One of the highlights for all fans around Oliver’s Mount at the weekend will be the appearance of 15 times world champion Giacomo Agostini who is taking part in a parade lap around the iconic road racing circuit.

Ian Lougher announced his retirement from racing in 2013 but the ten time TT winner is back in action at this weekends Barry Sheene road race festival competing on a 500 Paton. Ian will be going up against fellow road racing hero Ryan Farquhar who is also competing on a Paton and will be riding a Harris Yamaha as the three time TT winner bids for more wins around the mount. 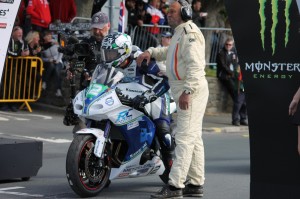 TT privateers champion Ivan Lintin will start as one of the favourites for victory in superbike and supersport races competing on Taylor Lindsey racing Honda’s. 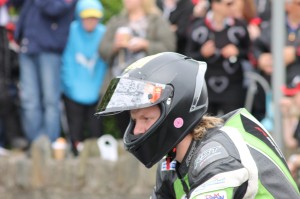 An undoubted star at this years Isle of Man TT was James Cowton, James recorded his first TT podium finish in lightweight TT and lapped close to the 125 mph mark. Currently sixth in the Duke road race rankings James is competing on his teams CBR 600 Honda in supersport races at Barry Sheene road race festival whilst he is Kawasaki mounted for super twin races. 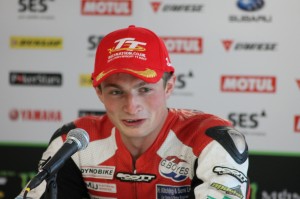 Plus one of the biggest rising stars in road racing is competing on 350 and 500 Norton’s in classic races backed by Bob Woods, in all a busy weekend of racing in prospect for James. 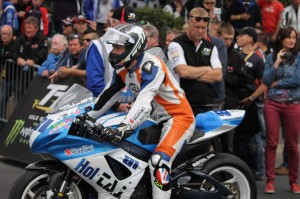 Daley Mathison had a successful TT 2014 which included cracking the 120 mph mark, Daley will be aiming for top results in supersport races at Oliver’s Mount this weekend when competing on GSX-R 600 Suzuki backed by Hol Taj and classic Suzuki.

One of the riders to watch at this years Manx Grand Prix is Tom Weeden. Tom is competing at Barry Sheene road race festival on 675 Daytona Triumph as he continues his preparations for competing for the second time on the mountain course.

Following on from a standout ride to second place in second Darran Lindsay trophy superbike race at Scarborough gold cup in 2013 Tom enjoys competing around Oliver’s Mount and has good chances of battling for top three finishes in supersport races at the weekend. 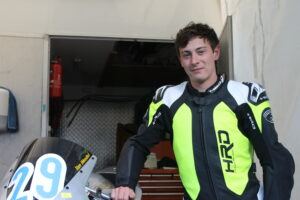 Oliver’s Mount specialist Keith Pringle could spring a surprise or two in supersport and superbike races whilst Marc Coggon is looking forward to competing around Oliver’s Mount once again. Its a exciting year in prospect for Marc who is set to make his Manx Grand Prix debut. 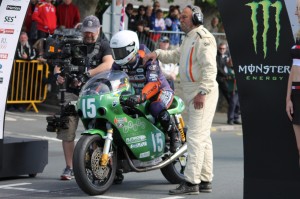 All races at 2014 Barry Sheene road race festival are set to be ultra competitive, we have in action TT winners, TT podium finishers, rising stars, up and coming riders and Oliver’s Mount specialists, a top two days of racing are in prospect.