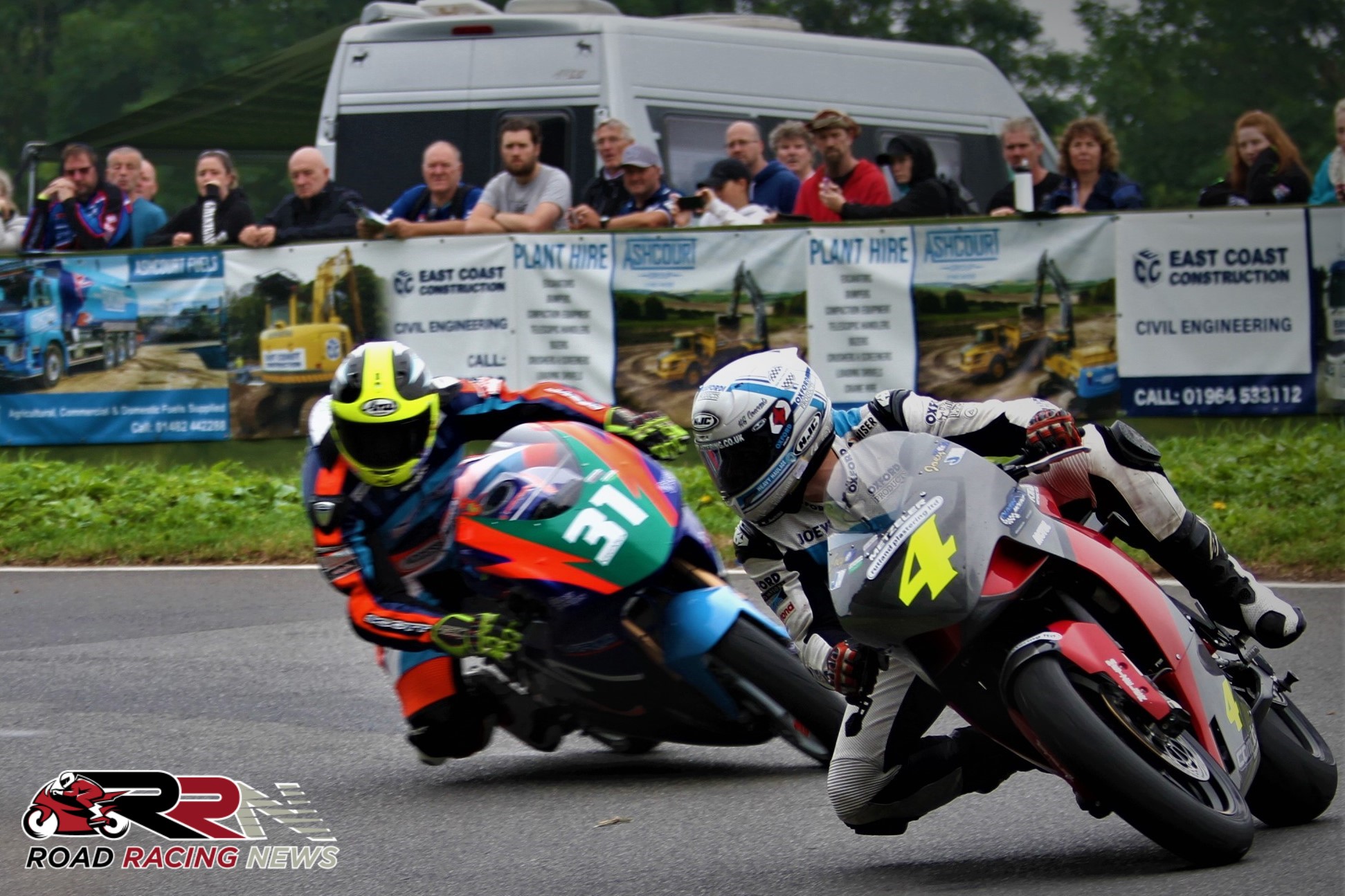 Prior to Lightweight/Junior Classics action, the second Supersport B race saw a compelling battle for class honours between Brian Greenfield and Paul Marley.

Ultimately it was Greenfield aboard his plus ten year old Kawasaki steed, who had the edge on early race leader, Supersport B race 1 victor Marley, securing race honours by just over 1 second. 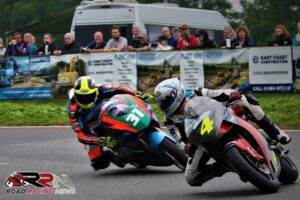 Joe Thompson and the 690 Kramer Motorcycles Super Mono machine, proved again formidable in the second Super Twins encounter, as York’s Thompson who made an impressive return to race action last week at Aberdare Park, took his tally of Oliver’s Mount, Scarborough victories to 12.

Crawford/Hardie established as proven front runners at Scarborough, expert knowledge of the tight, twisty, illustrious roads course payed dividence with the Team ARC crew enjoying a 4.5 second plus lead, prior to red flags entering the horizon.

Mentioned in my previous article, persistent mist put pay to any further race action after the third and final Supersport (A) race. 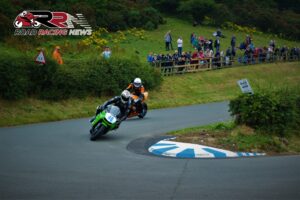 It’s been overall though an extremely positive meeting for the new Oliver’s Mount organising team, with great racing throughout, huge crowds, a top class atmosphere, and a much more all round professional feel to competition at Scarborough.