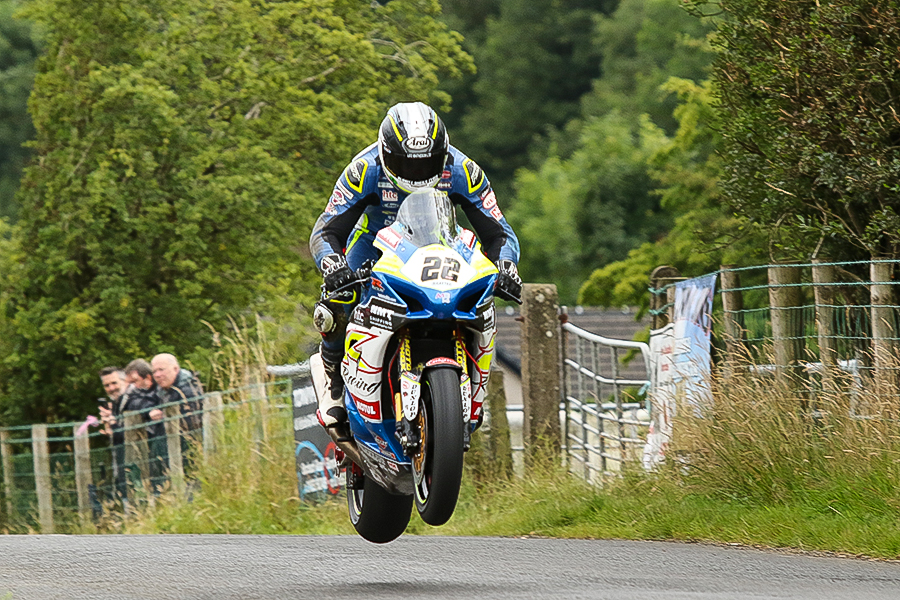 In prime contention for Supersport pole position, the reigning Ulster GP Super Twins winner was involved in an 120 mph incident at Acheson’s Leap.

Although escaping major injuries, the incident no question altered his challenge for rostrum finishes.

Reflecting on last week’s action at the Irish roads season opener for 2021, he candidly stated:

“I felt good until the crash on Friday and I’m still not exactly sure what happened. I lost the front at Acheson’s Leap and that was it.

It’s not a place you want to crash at so I was lucky I got away without any big injuries. My left knee is giving me trouble and I felt banged up on Saturday.

It set me back and hindered my whole weekend, so I was disappointed with how it went overall because I did everything I could to be in the best shape possible but it wasn’t the weekend I expected.

I ran on at the chicane in the second Supersport race and that was it over for me once I lost that time. On the big bike I just felt I was lacking miles and it was only the second time I raced the bike.

We don’t get much time with five laps in qualifying and I felt it showed, but I just want to put the weekend behind me and I just need to regroup now.”