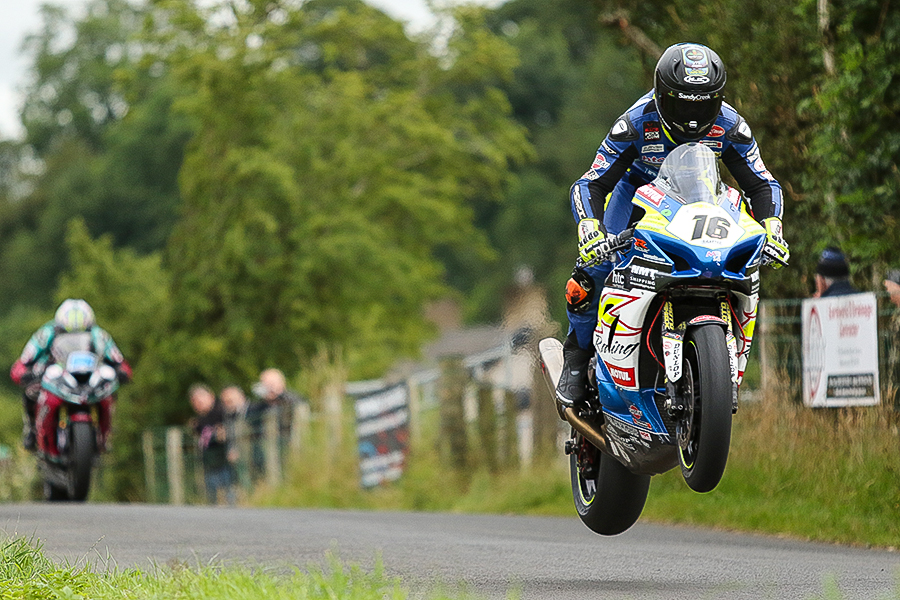 Cork’s Michael Browne made an accomplished 1000cc Irish road racing debut at Armoy, as the 2019 Post TT Supersport winner put his talents up against a selection of the world’s best pure road racers.

Sampling his third road race for suitors BE Racing In Conjunction with Richardson Kelly Racing, the Irishman quickly caught the eye qualifying third fastest for the Open A, Race of Legends encounters ahead of competitors including Michael Dunlop!

Fourth ahead of team mate Paul Jordan during Friday’s Supersport race, race day would open with a first Armoy victory for Browne after dominating the Stanley Stewart Racing 125/Moto 3 contest.

Post his success with the Joeys Bar MCC Racing Honda, he would go onto claim a brace of top six finishes from the 1000cc races, along the way setting a huge new personal best lap speed of 103.038 mph.

Speaking recently about the past weekend’s action, the fastest Oliver’s Mount, Scarborough newcomer to date of 2021, stated:

“I don’t have anything bad to take away from Armoy but I wasn’t overly happy with things either. I thought I’d at least maybe keep the likes of Derek Sheils and Michael Sweeney in my sights. I was happy with my lap times but I was disappointed with the results.

The team was happy with my performance but I just didn’t feel it myself. Maybe I was expecting too much after qualifying third and it was my first time racing the Suzuki GSX-R1000, but I just expected more.

It was only my second time at Armoy I suppose, so it’s a start. The Cookstown 100 is next, so I’m looking forward to riding the big bike there because I just concentrated on the Supersport bike at Cookstown last year.”