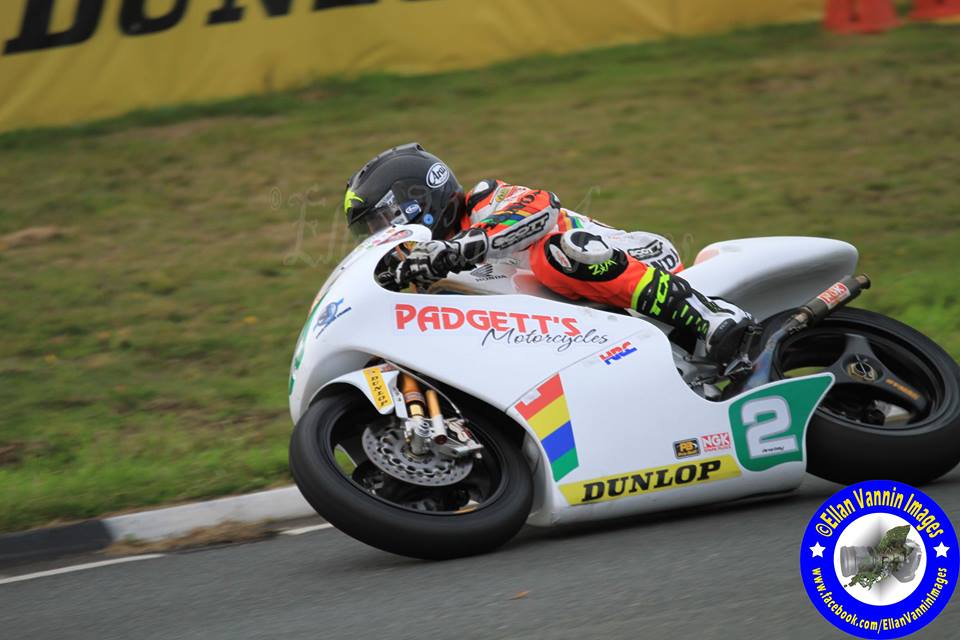 Never headed in the four lap race, the genial New Zealander was in a class of his own on the Padgetts RS 250 Honda.

Lapping from a standing start at 119.888 mph, lap two saw him create yet another moment of Mountain Course history, setting the first ever 120 mph lap by a two stroke machine on the Isle of Man’s historic and unrivalled roads. 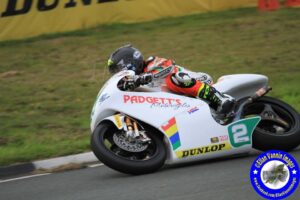 The lap speed, which stood at 120.475 mph at the time gave him a lead of plus 51 seconds, on fellow multi TT winner Dan Sayle.

The Manxman though soon encountered problems with the Steelcote Solutions Ltd Yamaha on lap three, which elevated Michael Rutter aboard the Red Fox Grinta Racing Ducati into a fine second place.

1 minute 24.857 seconds behind race winner Anstey, the West Midlands based racer perhaps surprised some with his performance, given that he’s not as recognised for his two stroke exploits, as the likes of third place finisher, Laylaw Racing’s Ian Lougher.

However following post race inspections, Rutter was removed from race results, due to what was described as a technical infringement. 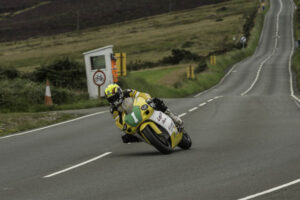 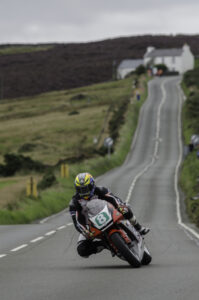 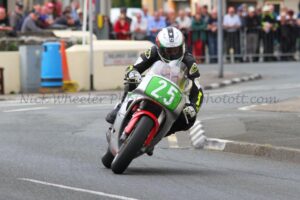 Michael Dunlop in the mix early on for a podium retired at the pits at the end of lap 1, whilst additional high profile competitors to endure 250 woes included Dan Kneen, Davy Morgan and Gary Vines.