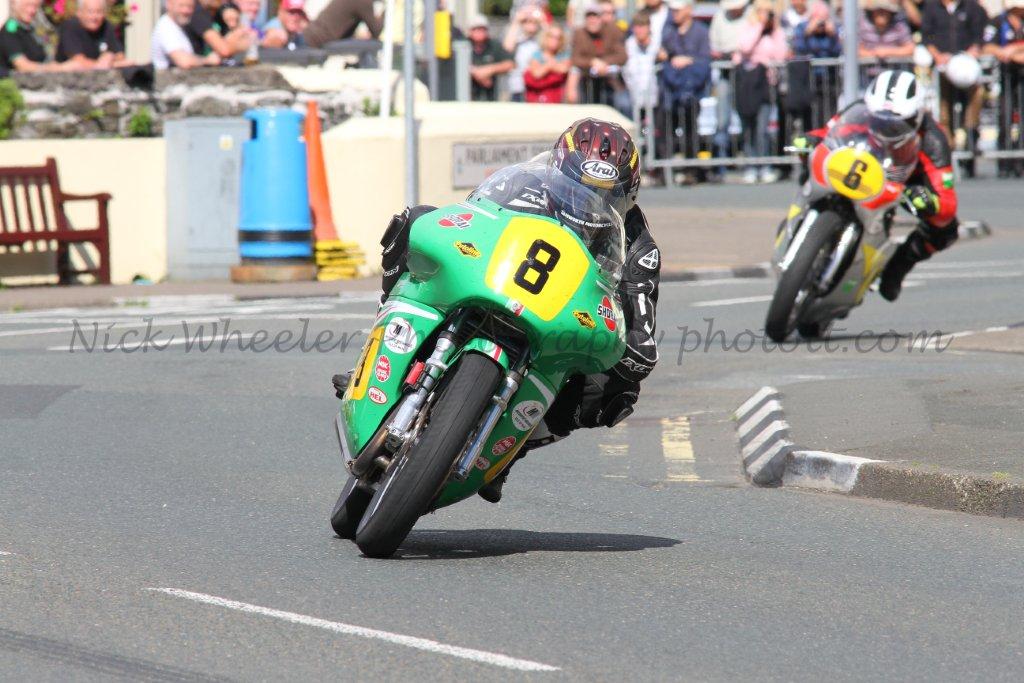 Underway 15 minutes behind schedule, due to an earlier oil spillage caused by a spectators machine, the four lap Bennetts Senior Classic TT was led away by ten times TT winner Ian Lougher at 11:45 AM.

From here the former British Superbike Champion, section on section gradually increased his advantage out front, which at the end of lap 1, courtesy of a standing start lap of 111.2 mph, stood at 33 seconds plus over Hebden Bridge’s Jamie Coward who had slotted into second place.

Maria Costello MBE was third 1.575 behind Coward, as William Dunlop dropped back to fourth. 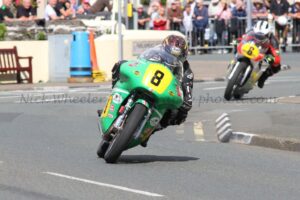 Lap 2 would see Brookes stretch his lead out slightly further to almost 40 seconds, whilst tenacious main pursuer Coward had the honour of setting the fastest ever lap by a single cylinder machine, lapping at in excess of 110 mph aboard the Ted Woof backed Craven Manx Norton.

Costello MBE maintained third, but was coming under increasing pressure from 2015 Duke Road Race Rankings champion Dunlop, with just 0.775 covering them at the end of lap 2.

On course for a first Mountain Course success, there was no taking it steady from race leader Brookes within lap 3, as he stretched the race lead to over 46 seconds at the Bungalow.

Making his scheduled pit stop at the end of the penultimate lap, Brookes Team Winfield crew knew they would have to be extremely swift in gasoline alley, knowing Coward who had gone straight through onto his fourth and final lap, would gain a bucket load of time on the Australian.

This would prove the case, with just 0.252! separating the front running protagonists at Glen Helen, but soon Brookes was back in the groove taking significant chunks of time out of Coward at Ballaugh Bridge and Ramsey Hairpin.

From here the third fastest Norton competitor in TT history, kept up a metronomic consistent pace to take the chequered flag to secure his first Classic TT and Mountain Course success. 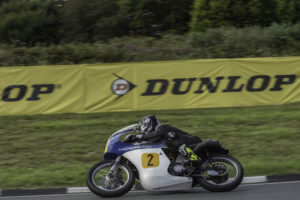