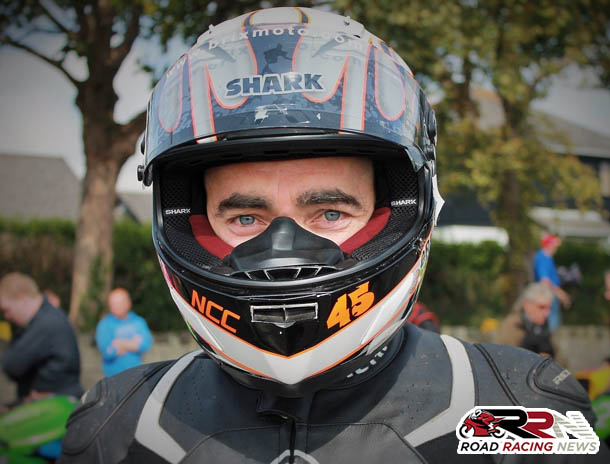 Andy Farrell is confident of high class results a plenty, at this year’s Manx Grand Prix, having secured top quality machinery for the junior, super twin and senior races.

For the junior and senior races, he’s all set to compete for B&W Racing on an ex Keith Amor CBR 600 Honda.

Whilst the super twins race sees Andy like the vast majority of the entry ER6 Kawasaki mounted, title sponsorship comes from Ollies Place in Skerries.

“I am delighted to be involved with Andy, I have been supporting him for a number of years and this year I am going all the way sponsoring the Super twin.”

“I was approached by Brian and Wendy to ride the bike for them, and I am delighted to be part of the team.

Having ridden for Brian and Wendy before, it was an offer that I couldn’t refuse. I love riding both the twin and the 600, and the Honda will be suited to the tough TT Mountain course.

I am also delighted to have Ollies Place as a main sponsor in the Super twin, and Ollie has been involved with me for the start, and now we have taken it a step further, and we are looking forward to the Manx.”

Coming up on the 25th of June is Andy’s annual fundraising night at Ollie’s Place, Skerries.

Tickets are 10 Euros, Andy said about his upcoming fundraiser, for the rest of his 2016 roads campaign.

“I will have a live band, and there will be a raffle and auction, and I look forward to seeing all my old friends on the night. I am looking forward to the Manx once more, and I hope to have a little more luck this year.

I would like to thanks the guys and girls that help each racing weekend as without the help of all of these people & their businesses, racing here and in the Isle of Man just wouldn’t be possible. I’m forever grateful”