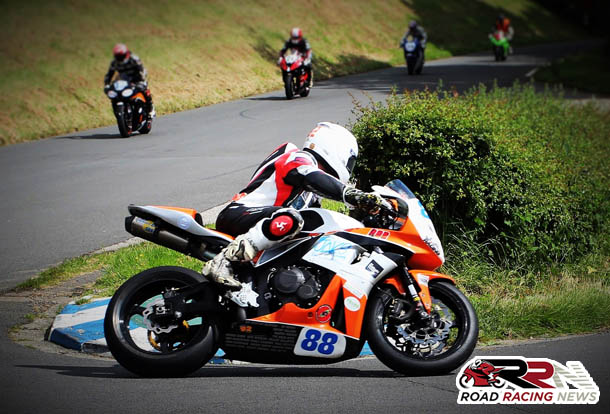 Up and coming pure road racer Jamie Williams, made huge improvements around Oliver’s Mount in only his second time competing at the iconic road race circuit, at the Cock of The North Road Races.

Following qualifying sessions in wet, damp conditions opening race action of the weekend for the Manxman, was in the opening junior A supersport race.

Piloting his own teams CBR 600 Honda he went onto finish an excellent eighth.

This more than creditable result, was backed up by 11th and 13th place finishes in the solo open A races.

Final competition of the meeting for Jamie, was in the prestigious feature race, the Cock O’The North.

Finishing a highly respectable 10th lapping along the way in the 1 minute 55 seconds bracket, he was delighted with this result, as he concluded a hugely productive two days of pure road racing action in prodigious style. 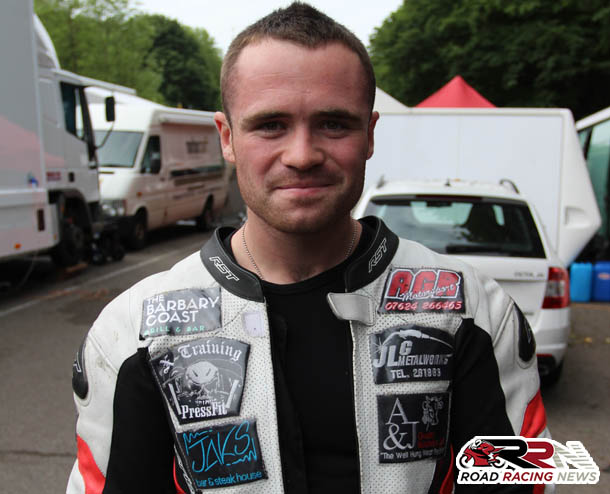 Next roads meeting coming up for Jamie, is the Southern 100. At the Pre TT Classic Races, he almost lapped in excess of 100 mph around Billown.

The main highlight of the season for him will be making his Mountain Course debut, at the world famous Manx Grand Prix.

He holds the number 19 plate for the newcomers A race, whilst the senior race sees him carry start number 41.

Tipped to impress on his Manx GP debut, Jamie Williams is one to watch.