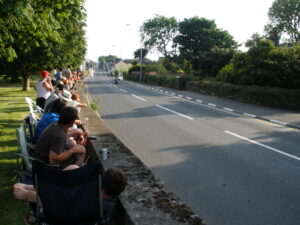 There is four riders from America competing at this years Isle of Man TT. They include the returning Jimmy Moore who has the start number 21 for  the superbike and senior TT races, Mark Miller has a good ride for the TT zero with team Vercarmoto and will be aiming for another podium finish in a race which the rider known as the thriller won back in 2010.

Brandon Cretu who has lapped at the Isle of Man TT at over 120 mph continues to get better and better and will be aiming for a personal best result this year. Chris Sarbora has being a top ten finisher in the newcomers A Manx Grand Prix race of 2011 and is a seasoned rider who is competing this year in both supersport TT races. Its great to see four top riders from America compete at TT 2014, all have the pedigree to record top results and set their fastest ever lap times.