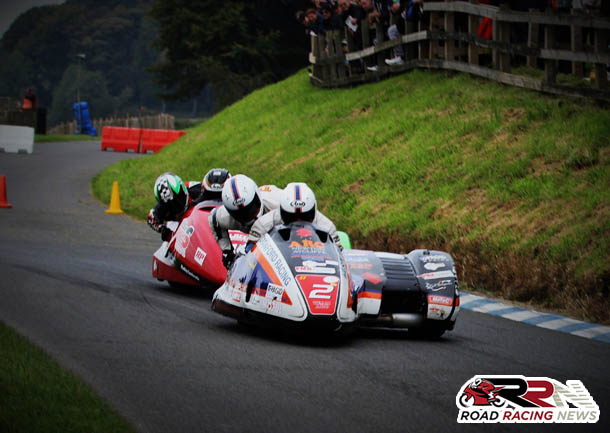 As at previous Scarborough meetings, the always spectacular three wheeling Sidecar heroes thrilled the large crowd throughout the morning, afternoon and into the evening at Oliver’s Mount today.

Rising star Lee Crawford joined this weekend by Scott Hardie claimed another famous scalp in the first out of the four Les & Sheila Porritt Trophy races, edging out former TT winner Tim Reeves/Mark Wilkes to secure race honours by only 0.295 of a second!. 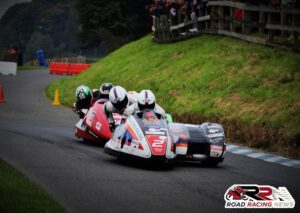 Crawford/Hardie went onto seal the race 2 spoils, this time holding off the attentions of more three wheeling royalty, this time in the form of Printing Roller Services backed Conrad Harrison/Andy Winkle.

The Lowther brothers John & Jake claimed a brace of third place finishes, whilst the much fancied Ramsden’s Steve & Matty fifth and fourth in both races endured by their standards a challenging day at the mount. 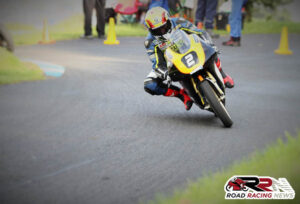 At the end of a long day, praise a plenty must be prized upon the event organisers who had a fare share of testing situations placed upon them, for getting all ten of the scheduled races in.