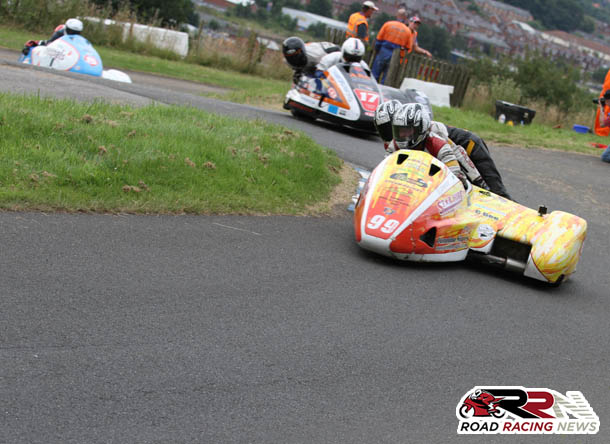 One of the anticipated front runners in the Sidecar races at the 66th Scarborough Gold Cup, are Steve and Matty Ramsden.

The father and son duo, have enjoyed thus far a quite brilliant roads season, which has included wins at Oliver’s Mount, plus a fourth place finish in the opening Sure Sidecar encounter at TT 2016. 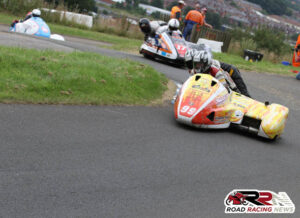 Their Suzuki powered Ramsden Racing outfit is sure to be near the sharp end of the field next weekend, same applies to Dave Wallis/Tony Belsey.

Proven exponents of the mount, they have the pace and determination to push for results of the highest quality. 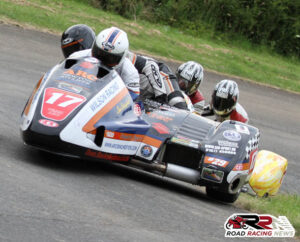 Rising stars Lee Crawford/Sam Christie have the talent to spring a surprise or two, don’t discount as well the Lowther’s John and Jake from securing top three finishes. 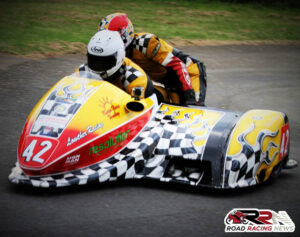 There was a possibility at the start of the year, that the Birchall brothers would be making their racing debut at Scarborough, at the 66th Gold Cup. Unfortunately this has not proved the case, but don’t be surprised to see the Sidecar TT lap record holders, take to the mount in the near future.

Over the years we have seen many a thrilling Sidecar race, at Oliver’s Mount.

Expect more of the same at the weekend, as multiple outfits battle for wins at the road race circuit, which is all set to celebrate it’s 70th birthday.