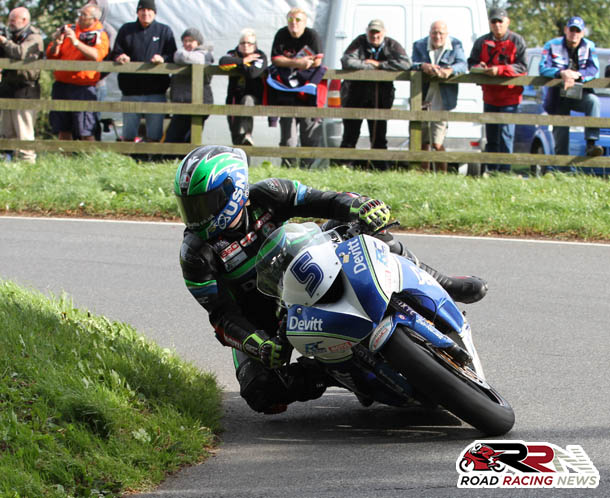 One of the main stars of day one of competition at the 66th Scarborough Gold Cup at Oliver’s Mount, was Devitt RC Express Racing’s Ivan Lintin. 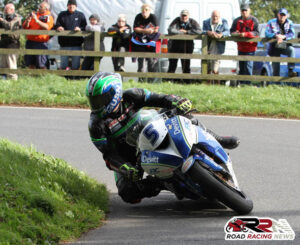 With early race leader Dean Harrison retiring at the end of lap three, plus Tom Weeden been forced into retirement on lap five, this paved the way for Dan Kneen to finish an excellent second on the Mar Train Racing YZF R6 Yamaha, as Daley Mathison completed the top three finishers.

Ivan Lintin made it back to back victories at Scarborough, with a commanding win in the opening Super Twins encounter.

Finishing victorious by in excess of 20 seconds, over nearest challenger James Cowton, it was a race, which underlined why he is regarded at this moment in time as the leading exponent of Super Twins machinery, on the roads.

Following a strong Manx Grand Prix debut, Jamie Williams kept up his terrific form today at Scarborough, as he wrapped two second place finishes, on his own teams CBR 600 Honda. 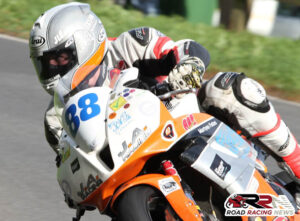 Gaz Evans, concluded the top three finishers, in both the opening David Jefferies Cup Junior B and Solo Open B races.

Sidecar honours went the way of Tim Reeves/Patrick Farrance, in front of Steve Ramsden/Matty Ramsden and Dave Wallis/Tony Belsey, whilst the opening Classic Superbike encounter, went the way of David Bell, as Peter Boast and Paul Owen finished second and third on their Yamaha mounts.

Ian Lougher edged out Joe Thompson for Ultra Lightweight victory, in what was a true battle between experience and youth, Paul Owen took the honours in the Classic FII class, on the Team 98 RS 250 Honda.

The opening Phil Mellor Trophy Lightweight race was not held, in what was one of the few negative moments, from what was a thoroughly enjoyable opening day of action at the 66th running of the prestigious meeting, that is the Scarborough Gold Cup.