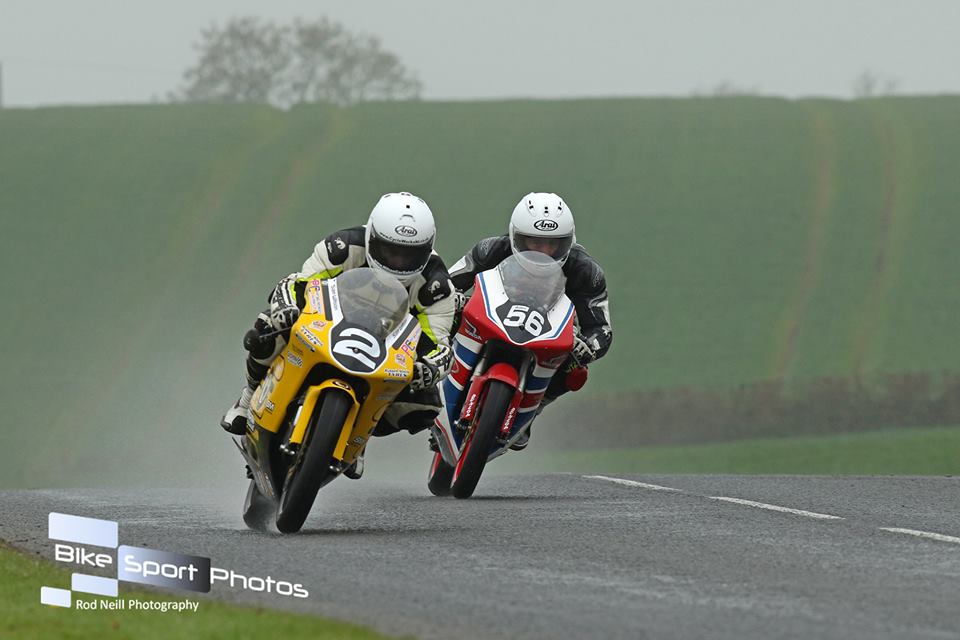 Despite ultimately wet weather encoring it’s way onto the famous Tandragee 100 roads, we saw today series of enthralling races, none more so than the 125/Moto 3 encounter. 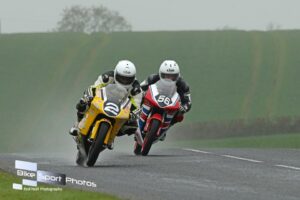 Des Butler was victorious in the Forgotten Era category, Barry Davidson wrapped up overall Classic victory, as Jamie O’Brien and Philip Shaw took the spoils in the classic D and A categories.

Arguably the rider of the meeting was Junior Support and Senior Support race winner Joseph Loughlin. Tipped by many to enjoy a highly successful year on the roads, it’s fair to say he has an extremely bright future in front of him.

Unfortunately due to poor road conditions, thanks to torrential rain, plus an incident in the Senior Support race, the rest of the days action at Tandragee was abandoned including the feature race the Senior Open.

In my opinion the best quote I have heard this weekend from the Around A Pound Tandragee 100, came from Photographer Rod Neill, who stated on his Facebook page alongside this image he took of Michal Dokoupil: 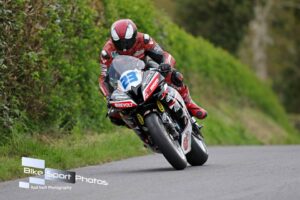 “Road racers really are Superheroes – in this case Spiderman!”

This quote sums up what can describe the performances of many this weekend, at the 57th Tandragee 100, which saw super human efforts from world class, rising, up and coming, experienced and newcomers within the pure roads scene.