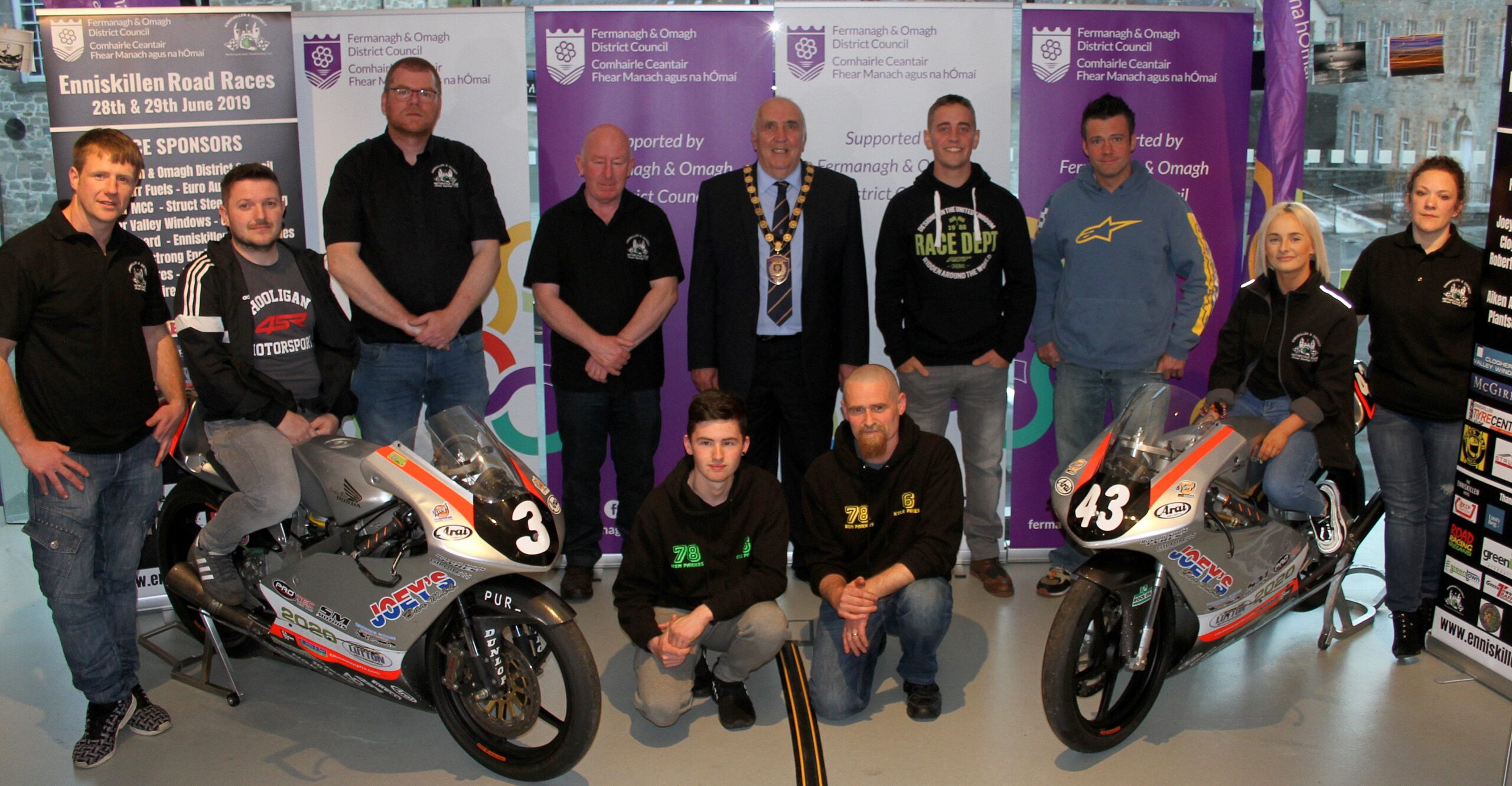 Each of the 11 prospective races at Enniskillen, have attracted sponsorship from a diverse range of brands, companies.

The respective sponsors for each race, are as follows:

Delighted to be backing again the event, which now counts as a round of the Irish/Ulster Road Race Championship’s, Fermanagh and Omagh District Council, Chairman Howard Thornton stated:

“I am delighted that Fermanagh and Omagh District Council is the title sponsor, once again for the Enniskillen Road Races.

The Council recognises the benefits that events such as this may bring to the area and as such, very much welcomes events to the district.

The Road Races and the showcase they provide help to promote our tourism product to a wider market, and act as a catalyst for our local economy, generating income for our local businesses.

We also appreciate the combined community effort to host this event, and the support of the residents of the Arney/Bellanaleck area where the circuit is based. The Enniskillen area is the ideal location for this event, as it is effectively the gateway to the North, South, East and West.

The Council is therefore delighted to be working in partnership with Enniskillen and District Motorcycle Club (Road Racing) Ltd on this venture, and is pleased to provide its support to the 2019 Enniskillen Road Races once again.”

Outside of the sponsorship news, confirmed race schedule, we also gained last evening info that this years event prize money total, will stand at an impressive £12,000 pounds. 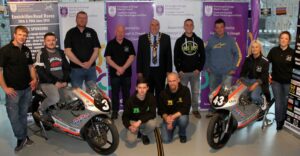 The Joey’s Bar MCC Honda’s sporting the iconic livery, synonymous with Joey Dunlop’s Superbike success at the Ulster GP in 1999, were on display.

Whilst overall you could tell that the event launch, proved a huge success helping to continue to build the UK’s newest roads events exposure, prominence and popularity within the closed roads fraternity and further wide.