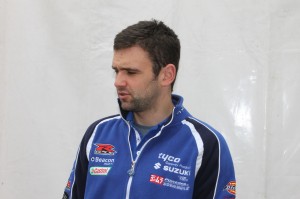 At Skerries road races the third place finisher in this years supersport TT race 2 recorded a comprehensive victory in supersport race by over six seconds.

William loves competing at the Ulster Grand Prix where for 2014 he looks set to be battling for victories across all classes for Tyco Suzuki by TAS.

The rider who has surprised many people this season with his form in superbike races at North West 200 and Isle of Man TT has every chance of achieving feature superbike race victory at 2014 Ulster Grand Prix where we are set to some exciting and closely fought battles out front.