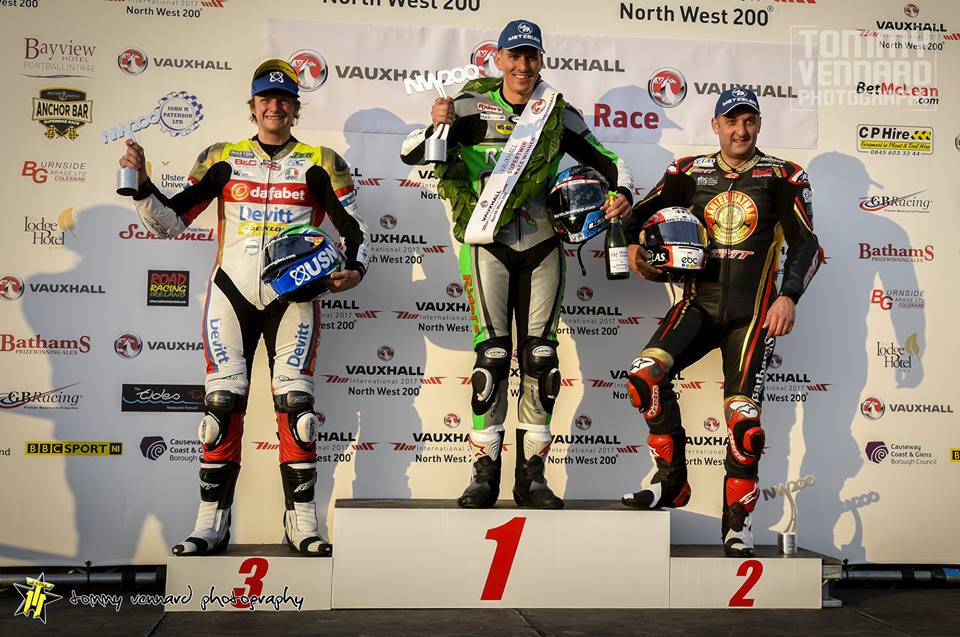 Wrap up of many an interesting statistic, from Thursday evening’s races at this years Vauxhall International North West 200.

It also marked their third win, in three years at the Triangle, since first running BMW Motorrad machinery. 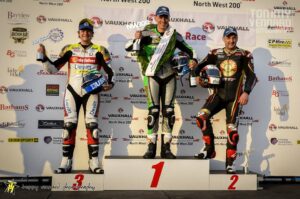 With wins in the opening Supersport and Super Twins races, Martin Jessopp becomes the 14th different rider to have enjoyed success at Northern Ireland’s biggest sporting event, in the 2010’s thus far.

Four of the top ten finishers, in the opening Supersport race, where ZX-6R Kawasaki, plus another notable fact, is that none of the 35 finishers, piloted Suzuki machinery.

William Dunlop lead the way through the speed trap on the run to University Corner, powering to exactly 180 mph aboard the IC Racing/Caffrey International YZF R6 Yamaha.

Although as anticipated Kawasaki’s dominated the first Super Twins encounter of the 2017 North West 200, Suzuki did have a presence in the final 20 finishers, with Barry Furber in 15th place and Bruce Birnie 17th.